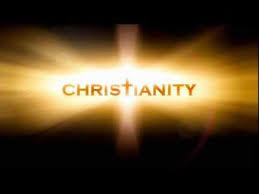 Please comment below and share your opinion. Do not forget to share this post if it blesses you - just click 'share' bellow. at is Christianity? Is it another religion? Has God given us another religion? But if you know God well enough you would realize that He hates religion. Looking at the life of Jesus on earth, he always criticize the religious people, he openly rebuke them using words that someone as holy as him shouldn't use.
Yes it's clear that God hates religion but how could He have given us another religion? No Christianity is not a religion. I know that many Christian will node their heads in agreement to this and say "yes Christianity is not a religion but a way of life". Well, that too is not correct. I once heard a Muslim preacher say Islam is not a religion but a code of conduct. What then is a code of conduct, isn't it morality? Morality is the key element of every religion. Every religion has a code of conduct so saying Islam is a code of conduct is the same thing as saying Islam is a religion.
The modern world has this innovative culture i.e we try to re-package everything making it look different, but that doesn't change anything. Religion embodies every element of a culture. And culture is a way of life, therefore saying Christianity is a way of life or a lifestyle is another way of saying Christianity is a religion.
What then is Christianity? Christianity is Christ. The apostles didn't saw Christianity as another religion in fact they thought they were still a part of Judaism. All they knew was that the man called Jesus must be declared for all the world to believe that he is both Lord and God. They declared Christ not just with words but with power and with there lives. They live to express Jesus and reveal him to the world through their lives and demonstration of power. This is the reason they were called Christians, the world saw Christ through their lives.
No, the world didn't see an organized service, they didn't see a religious book, not a set of doctrines, they didn't observed a lifestyle, a code of conduct, some religious rituals (patterns of behavior) not even a culture. All they saw was a person living through them. They saw a person in the lives of those apostles and the person they saw was Christ Jesus. It was Christ that they saw that made them call the apostles Christians.
Therefore Christianity is nothing else but Christ, IT IS THE LIFE OF CHRIST EXPRESS THROUGH BELIEVERS. Christianity is not about reading the Bible, going to church, being holy, following some teachings, doctrines or an important figure in history and it is certainly not about various activities we do this days. Christianity is simply about expressing and unveiling Christ not just with words but with power and with our lives.
Posted by David Emechete at 09:32