The Centrality Of Christ In The Bible 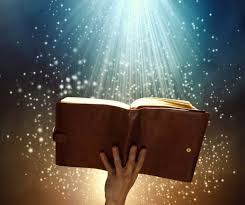 The Bible starts with Christ as the word of God and ends with Christ as the coming Lord. Every verse in the Bible talks about Christ from Genesis to Revelation. The occupation and the work of the Bible is to reveal Christ to us.
THE OCCUPATION OF THE OLD TESTAMENT IS CHRIST: Jesus said and prove several time that the Law, Prophet and the Scripture talked about him. In Genesis we see Jesus as the Creator and the model for creation. In the garden of Eden Christ is presented there as the tree of life. Noah was baptized through the flood into a new world which is a picture of Jesus.
Abraham try to sacrificed his only son which represent how God will sacrifice His only son, Jesus. Israel at there early age went to Egypt which symbolizes how Jesus will be taken to Egypt shortly after his birth.
The Israelite spend 40 years in the wilderness which tells us of how Jesus will fast in wilderness for 40 days. Israel had twelve tribes which is a prefigure of the twelve disciples that Jesus had. Israel was called the wife of God as a symbol of how the Church will be the bride of Christ.
The temple was built in Jerusalem which was a fortified, stone city on a hill. The Church is also a city on a hill that is so fortified that the gate of Hell can not prevail over it. God tried to speak to Israel directly but Israelite where afraid of God's vioce. Then God told Moses that He would speak to the Israelite through a Prophet. The bible later explain that Jesus is the prophet that God told Moses that He would use to speak to Israel (Act 3:22 & Act 7:37).
Jesus is the reality of Prophet, all other prophet is a shadow and a type of Christ. All the stories in the old testament gives us a picture of who Christ is. Therefore the old testament is so busy trying to reveal Christ to us. It uses different analogies, prefigure, type and stories in order to give us a picture of who Christ is.
THE OCCUPATION OF THE NEW TESTAMENT IS CHRIST: Every verse in the new testament also tried to reveal Christ to us. The new testament tells us about Christ on earth in the books of the Gospel, Christ on earth through his Church in the Epistles and Christ as Lord and head of his Church in the book of Revelation.
In the books of the Gospel we see Christ on earth as a man manifesting the nature of God and doing good. He taught about the mystery of the kingdom, criticized the religious people and loved the sinners.
He died at the appointed time, resurrected on the third day and ascended to heaven. Luke started the book of Acts saying "The former account I made, O Theophilus, of all that Jesus began both to do and teach," (Act 1:1) Here Luke imply that the books of the Gospel is an account of how Jesus started his ministry. Meaning that Jesus didn't end his ministry in the books of the Gospel but he continued even down to the Epistles.
Just as the books of the Gospel contains the account of how Jesus started his ministry, so also the book of Acts and the Epistles contains the account of how Jesus continued his ministry but through his body, the Church. And all through the book of Acts and the Epistles we find; Jesus functioning through his body, Jesus multiplying and getting bigger as members are being added to him, we see Jesus being planted in different cities and towns, and we watch Jesus being formed in people and in community of believers.
In the book of revelation we found; Jesus admonishing his body, Jesus starting the end of days, Jesus executing the wrath of God on earth, Jesus defeating a dragon, Jesus going through trials and tribulations, Jesus overcoming and ruling, Jesus coming for his bride, Jesus judging the world, and Jesus marring his bride and bringing her home.
The new testament is filled with no other person but Jesus. The Bible is not a book of moral stories and analogies; it is not a book of don't and do; it a not a book to construct theologies and doctrines. But the Bible is a book to unveil Christ, a book that points us to the tree of life because the business and occupation of the Bible is non other but Christ.
Posted by David Emechete at 08:58