The Procession Of Holiness 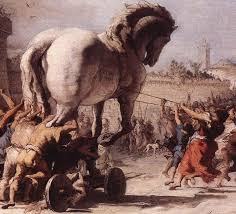 For the earnest expectation of the creation eagerly waits for the revealing of the sons of God. For the creation was subjected to futility, not willingly, but because of Him who subjected it in hope; because the creation itself also will be delivered from the bondage of corruption into the glorious liberty of the children of God." (Rom 19-21).
The liberation of the children would lead to the liberation of all creation. When the first fruit of creation (Jame 1:18) is filled with holiness, all creation would also be consumed by holiness. Just as Adam's sin led to the corruption of the whole creation, the holiness of the children of God would lead to the cleansing of the whole creation. Jesus didn't just come to reconcile man to God but to reconcile all of creation to God (.Col 1:20). But he can only reconcile creation to God by first reconciling man to God. And through man all of creation would be reconciled to God.
The Bible revealed that at the end of the ages a new earth would emerge - the earth would be born again. This is the procession of holiness which starts from man then to the rest of creation. Holiness is God himself and God seeks to fill all things with Himself.
"He who descended is also the One who ascended far above all the heavens, that He might fill all things." (Eph 4:10).
Jesus descended and ascended so that he can fill all things with himself. The reason why Jesus came, died, resurrected and ascended to heaven was just so he could fill all things with himself. This is the desire of the Father before the world began - that all things might be filled with Christ (who is holiness in himself). All things in heaven and earth must be filled with holiness and holiness was to proceed from man to all of creation. Salvation does not end when a man become born again but the holiness that have been deposited in him by the Spirit must fill that man's soul, his life, his actions, his words, the people around him and finally the whole earth. That holiness must proceed from the man to all of creation, for all things must be filled with holiness.
Posted by David Emechete at 08:18