The Battle For Spirituality 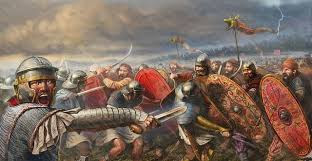 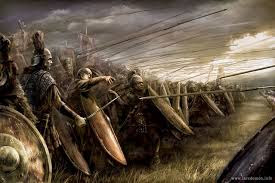 The Church was severely attached and the attack was concentrated on getting her off her spiritual ground. Looking very closely at all the heresy that rose against the Gospel, they were mainly attacks on the spiritual ground of the Church. The battle that is found in the book of Galatians was all about the devils attempt to bring the Christian from the spiritual ground of depend on the spiritual significant of what Christ has done as the qualification for sonship to the carnal ground of depending  on the physical act of circumcision as the qualification of belonging to the covenant. It is a contention to shift the Church until she fall out of her spiritual position.
Look again at the book of Corinthians, what is the contention all about? Paul was fighting as a faithful soldier of Christ to rescue the church in Corinth who had once learnt of the their spiritual position but yet not standing in it. Paul was showing them that they are not in their spiritual position, they have been shifted by the devil and now they need to reestablish themselves in this spiritual position. Now in the book of Colossians, there we found the same battle of spirituality. The church was giving in to human wisdom, philosophy and mysteries. They have left their spiritual position and they started depending a long list of "touch not; taste not; handle not;" (Col 2:21). They've lost their spirit position and they have travel far into the land of carnality. Paul's epistle to the church in Colossi was an attempt to win back the lost and wandering sheep into the spiritual ground from which they were bred.
It has always been a battle of spirituality, a battle to contend against the advancing horde of carnility sweeping through the Church. The devil keep raising up men that would bear the flag of carnality even in camp of the Church of God. The devil keep finding his way through the natural man; the wisdom of the natural man, the ability of the natural man, and the perception of the natural man. The natural man is always trying to get things on to a natural basis. He must bring everything on to the basis of natural reason, human mentality. He must be able to reason the thing through, to comprehend, to compass the thing with his reason. A very great deal of Christianity is just man taking hold of the Bible, of Christian truth, Christian doctrine, Christian things, and interpreting and applying them by natural reason. And these leads to the emergence of something carnal, a caricature, an abomination. The natural man cannot grasp the things of the spirit. Many of what we have in Christianity today is the attempt of the natural man in all his reasoning, wisdom and ability trying to lay hold on spiritual things to comprehend the things of the divine.
Posted by David Emechete at 09:37