The Carnal And The Spiritual 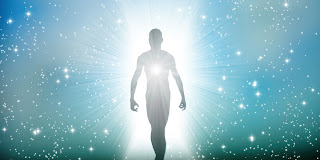 As Christians we have this problem of differentiating between the carnal and the spiritual. We have mixed them together in many ways. Paul warned that, "For to be carnally minded is death, but to be spiritually minded is life and peace." (Rom 8:6). And he also said, "But the natural, nonspiritual man does not accept or welcome or admit into his heart the gifts and teachings and revelations of the Spirit of God, for they are folly (meaningless nonsense) to him; and he is incapable of knowing them [of progressively recognizing, understanding, and becoming better acquainted with them] because they are spiritually discerned and estimated and appreciated." (1Cor 2:14). The natural man or carnal is not a kind of person but a kind of state.
Paul later explained that as Christians we can "put on the new man which was created according to God, in true righteousness and holiness." (Eph 4:24). This means there is a new man and a old man, there is a spiritual man and a carnal man, and a Christian can put them on or off. In a minute we can be putting on the carnal man and the next minute we can be putting on the spiritual man. You can be spiritual one minute and carnal the next. One must be able to differentiate between the spiritual and carnal because a mixture of both is an abomination. The carnal man is also refer to as the old man (Eph 4:22) while the spiritual man is refer to as the new man (Eph 4:24). Carnality is 'oldness' while spirituality is newness. Concerning newness and 'oldness' Jesus said, "And no one puts new wine into old wineskins. For the old skins would burst from the pressure, spilling the wine and ruining the skins. New wine is stored in new wineskins so that both are preserved.” (Matt 9:17). The Spirit through Paul says, "Therefore, if anyone is in Christ, he is a new creation; old things have passed away; behold, all things have become new." (2Cor 5:17). The old have passed away and Christianity is completely and utterly newness. Yes, it is completely spiritual and there is no room for carnality.
The carnal is refer to as the natural things. In Matthew chapter nine verse seventeen Jesus called Judaism "old". This means it is carnal, it is natural. Look very closely at the law and it practices, it is all physical natural things.
"For that old system deals only with food and drink and various cleansing ceremonies—physical regulations that were in effect only until a better system could be established." (Heb 9:10).
Look very closely at this verse and look at the bold. It indicate that the law and all it practices are carnal and are inferior. Yes, trying to obey a list of don't and dos is carnal, physical ceremony is carnal etc. Anything that has to do with what you can see touch and hear with your natural senses is carnal. Look at Christianity we emphasize on a lot of physical things. We keep talking about the way we dress, various don't and dos, church practices etc. And we call this the doctrine of Christianity, it is all carnal, it is old and the old cannot be mixed with the new. It is an abomination to bring that which is carnal into that which is spiritual - Christianity is utterly spiritual. What we have today is an unholy Christianity, a dirty thing, for we've contaminated Christianity with carnality.
Now I am not saying spirituality has nothing to do with physical things. True spirituality gives birth to physical practices. This is what the whole argument of faith and works is all about. Faith is the activation and the application of your spiritual senses but when you have faith, it causes you to act in certain ways. This is what Paul tried to explain in Hebrews chapter eleven, he gave examples of men of faith and prove that they were able to do certain righteous works as a result of their faith. Their obedience and faithfulness was as a result of their ability to see things that which is invisible (the opening of their spiritual senses). This is why Paul says, "Faith is... the evidence of things not seen." (Heb 11:1). Faith produces or is a product of physical things (things that can be seen) from things which are spiritual (unseen). Spiritual things produce physical things but a physical thing that is not a product of the spiritual is carnal and dead. For example the Jews do the works of the law because the read it with their physical eyes that God said they should do it. The work is a product of their natural senses, it is carnal. So also Christians today practice certain things because they read it somewhere in the Bible that they should do it, that is also carnality. A practice or doctrine that is born out of the use of the natural senses is carnal and dead but a practice that is a response to the sighting of the unseen (the spiritual) is life. Spiritual things are unseen and it gives birth to life while carnal things are physical things that is not is not a product of the spiritual. Concerning this the word of God says, "For to be carnally minded is death, but to be spiritually minded is life and peace." (Rom 8:6). Carnality is deadness while spirituality is life and it produces life. True Christianity is life and  any act, work, practice or doctrine that is not a product of the application of the spiritual senses is carnal and dead.
Posted by David Emechete at 05:54