The Centrality Of Christ In The Gospel 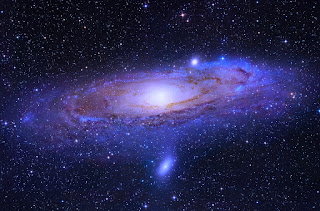 The Greek word 'evangelion' is the word translated as gospel in the English bible. Evangelion is however not a religious word but a military word. In Greek there are many religious words that can be use to describe the attempt of converting a person into a religion. But the apostles didn't use any of these words because they were not preaching any religion neither were they trying to convert people into a religion. The word evangelion was refer to as the proclamation of victory in war or/and the enthronement of a new ruler i.e when a battle is won or a new king had been enthrone the witnesses of this run out to declare the good news of the kingdom. The good news was not meant for conversion neither was it meant to make people aware of a religion. It simply a proclamation to bring into awareness the victory and the reign of a new king. Therefore the main reason why the gospel is proclaim is not because people are falling into hell neither is it because Christianity needs to gain more ground or population but because the world must be aware that power has change hands and a new king is sited on the throne.
It would be improper that a new president has enter into office and the citizens of that country know nothing about it. We also need to understand that doing the time of the early Christians kings were not elected by the people but they take the throne and then they announce to the people of the kingdom that they are now ruling. It is like a coup deta where the military suddenly takes over power and announce to the whole nation that he is now in power. The new military head of state does not make this announcement so that he can convert the nation into a system of belief. He simply makes the announcement for the sake of awareness and so the people can begin to adjust themselves to his reign.
It is also important that the one who proclaim the good news should take with him a testimony i.e an evidence that would prove that this news is true, for the sake of validity. This is the reason the early believers gather in Acts 4 and prayed "that signs and wonders may be done through the name... Jesus.” (Acts 4:30). They needed a testimony, evidence that would prove that indeed this Jesus who was crucified As now resurrected and is sitting on the throne in glory and power, ruling over all. 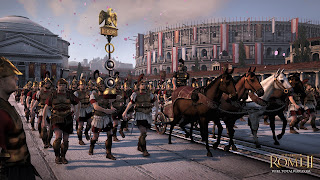 Now when the first Christians were using the word 'evangelion' they were referring to the proclamation of the reign of Christ and not a persuasive speech to win people over to Christianity. Evangelists are those who go out declaring and unveiling the greatness of the reign of Christ the King. Evangelists are not those who use all kind of persuasive method to convert people into Christianity and to bring people to church. The reason why I'm bringing our attention to this is because our focus have shift from declaring Christ into declaring a religion. We have focus too much on converting people as a result our eyes have shift away from Christ who is the center of Christianity. We try to convert unbelievers into becoming Christians and now we are trying to convert fellow Christians into becoming born again Christians. Soon (and it had already started) people would be trying to convert born again Christians into genuine born again again Christians - what is the difference between Christian, born again Christian and genuine born again again Christian? And if this should continue it would lead to even more confusion. It is not about conversion but about unveiling, it is not about the people but about Christ. It is certainly not about bringing people from one level of unrepentance to a level of repentance but it is about bringing Christ from a level of being veiled to a level of being unveiled.
Yes God wants people to repent from their sin but the Bible didn't say "God so love the world that He wanted them to repent from their sin so that they would not perish in hell". Instead the Bible says "God so loved the world that He gave His only begotten Son, that whoever believes in Him should not perish but have everlasting life." (John 3:16). Look closely at the pattern: God love leads to the unveiling of the Son, the unveiling of the Son leads to believing, which now leads to repentance and then obtaining eternal life. Our place in all these is to be an instrument for the unveiling of the Son. It is not our responsibility to make the people believe or repent but to simply allow God unveil the Son through us. Our focus should be on unveiling Christ rather then persuading people. Failure to recognize this had led to a lot of unholy gospel messages; yes, gospel messages that look appealing and rational to people, gospel messages that manipulate people's emotions, gospel messages that looks attractive to people and gospel messages that are coercive, striking fear in the heart of people and compelling them to convert. Our focus had been on man instead of God. 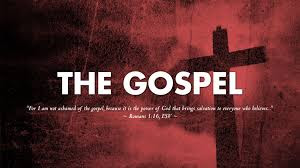 Christ must be center and supreme in all things. The gospel is meant to unveil Christ and it is only those who have seen or witness the enthronement of Christ in glory and power that are capable of unveil him to the world. The world need to see that a new, greater and more glorious king had taken over the throne - it must be unveiled to them. But many of those who preach the gospel today haven't seen the resurrected man in the glory of his reign. They do not know the power of his resurrection neither do they have a living experience of his Lordship and reign. In fact they haven't witness Christ enthronement yet they go our to declare it, how are they going to do that?
In the New Testament you won't see anything like "soul-winning" or "saving souls", but today that is what evangelism is all about. Zealous Christians today cry out "souls need to be save, we need to go out and win souls". While the early Christians cry would have been "The Lordship of Christ need to be declared, the power and the greatness of his reign need to be unveiled". Can we see the difference between the two statement; one is man-centered (It's all about the souls that needs to be saved) while the other is Christ-centered (all about the unveiling of Christ). Yes God loves man but He only shows that love through "the Son of His love" (Col 1:13). It is only when Christ had been unveiled that we can have true convert. Christianity is so weak today because many of us are converted through inferior methods. Our conversion wasn't a respond to seeing Christ but it was a response to a religious appeal or a persuasive speech to be "born again". I do not intend to criticize my beloved brethren but in many ways our attention has shift away from Christ and this is just one of it. Christianity is all about Christ centre and supreme and any shifting from that is unholy, it is not Christianity at all.
"But God in his grace chose me even before I was born,... to reveal his Son to me, so that I might preach the Good News..." (Gal 1:15-16).
This is what evangelism is really about; God revealing Christ to us and we going out to unveil him for the world to see. We unveil him not just with words but with power (1Cor 4:20). God has seen us in our affliction and oppression, His mercy and love has cause Him to send His Son and the Son have been victorious. Yes, the greatest victory have been won, our enemy, our slave master, the ruler of darkness have been defeated. God's anointed one had been enthroned as Lord over all, the one who is worthy of the throne, the righteous and just one had been made king, this is the greatest news ever - yes, this is the Gospel.
So go! ride on horses back, take with you the testimony, go into the streets, into the heart of the city, declare that Christ is on the throne, declare the majesty of the glorious King. Yes, declare! so that all might see and fall at their knees and bow before the greatness of the reign of the King of all creation.
Posted by David Emechete at 02:30