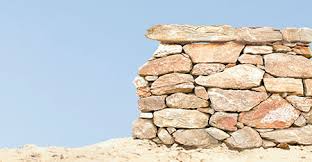 The concept of the altar embodies a divine principle. The impetus of the erecting an altar and the attitude of the heart towards it review the constituent of Christ. Looking very closely at the Scripture we discover what leads to one erecting an altar. An alter in the Old Testament is usually erected just after the greatness and supremacy of God is unveiled. When God reveals Himself and do something miraculous an altar is built there.

The Altar of sacrifice springs forth from the revelation of Christ. The first time altar appear in the Bible was when God unveil His supremacy to man. Man had gone astray, they had rebelled against their Creator and they were living their lives for themselves. They had no regard for the One who created them and they did whatever they like with their lives. Then God came and reminded them that He created them and their lives were in His hands. He did this by wiping them away from the surface of the earth, sparing only a family to be a witness to His supremacy. And then Noah erected An altar.

The altar was erected out of the revelation of the supremacy of God. Every other altar in the Scripture is erected as a response to the sighting of God. The second time altar appear in the Scripture the Bible started, "Then the Lord appeared to Abram and said... And Abram built an altar there" (Gen 12:7). Also "Isaac built an altar there" (Gen 26:25) when and where "the Lord appear to him" (Gen 26:24). The altar was built upon the revelation of God. What is the implication of this in the New Testament? We can only understand this by looking at the meaning of the altar. Yes the altar is for worship but specifically it is meant to secure God's right as Lord.

The sacrifice on the altar is a portion of the fruit of the earth which is meant to represent the whole earth. And as that portion is offer onto God it signifies that the whole earth has been given onto God. God already own the earth because He is Lord and Creator of all but when man rebelled against His Lordship there arises the need for His right to be secured. After God reminded man that He is still Lord and that He is supreme Noah responded to this by yielding to God's Lordship. He acknowledge and secured God's right over the earth through the sacrifice on the altar.

Noah gave a portion of the earth to God signifying that the whole earth is His. As a result God can now exercise His right over the earth. God cannot express the goodness of His reign on earth until His right is secured. Also the altar is the testimony of God's right. Anyone that sees an altar in a land would immediately know that God has a right over that land because it has been given to Him. Therefore the purpose of erecting an altar is to acknowledge the Lordship of God, secure His right and testify of His Lordship.