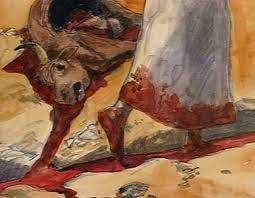 The blood covenant is a very solemn thing, it signifies two life united as one. From the ancient Semitic culture (the people in the time of Abraham) blood covenant can be taken by two individuals, group or tribe. And once this is done the two parties become one - one life. Everything on has belongs to the other. During the process of making a blood covenant a blessing and a curse is pronounced. As long as both parties keep the covenant the blessing shall abide but if they do anything contrary to the covenant the curse would come upon the guilty party. For instance, if one of the party is in desperate need of something and the other has it and refuse to give then a curse would come upon the other. This means you cannot refuse your covenant partner on anything he needs, in fact he came come and take your things whenever he needs it and you have to right to stop him. The two parties now belong to each other, they live their lives for each other. In fact, they live by the same life - one life. The ancient Semitic people understand how solemn a blood covenant is and they would rather die than dishonour a blood covenant.

But the covenant with Noah wasn't strong enough, for it could give us the life of God. It couldn't completely unite God and man as one life, man has no access to God's kind of life. So God seek for a better covenant but the world is large now and a covenant with one man won't do. He needed a people and through Abraham He got for Himself a nation and entered into a covenant with them. Still this covenant was still not spiritual enough to unite the God who is spirit with man. So He sent Jesus who is both man and God. Jesus is the embodiment of the covenant that God desires. And through his death Jesus united his Church to himself. Now Christ is made up of God and the Church in unity, as a body and as one single life. The Church is the representative and because of the covenant “the world has now become the Kingdom of our Lord and of his Christ, and he will reign forever and ever.” (Rev 11:15). 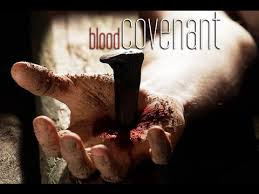 Through the Church God now owns the earth and everyone in it, He could win any soul He wants to, exercise His authority over the earth and express His will. But all this is possible only by the virtue of the covenant and through the Church. God can exercise His ownership of the earth and every man base on how much the covenant is honoured and kept by the covenant people. This covenant means that the door of the fullness of God have burst open for the inhabitants of the earth, such that we can have access to all the God has and all that God is. But we can only enjoy the fullness of the covenant when the Church play their part in giving themselves completely to God. The covenant means that both parties and everything they have now belongs to each other without any restriction. God uniting Himself with the whole world through His Son and his body the Church.
If you like this post, you might also want to read, Utterly Onto God and A People For His Name