The Birth Of The Church 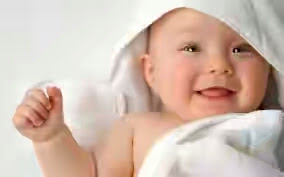 Jesus was the only Son of God, the only begotten of God. On earth he was alone because he was the only one of his kind. When he spoke people don't understand him, they were puzzled by the kind of man that he is. Some figured out that he is definitely not of this world. He is alien and was very alone. But he must have company, he must be surrounded by those of his kind. The question is, how is he going to produce those of his kind? How is he going to have many of his kind on earth?
"Most assuredly, I say to you, unless a grain of wheat falls into the ground and dies, it remains alone; but if it dies, it produces much grain." (John 12:24).
He must die in order to multiply. This was a difficult choice but he has determined never to remain alone. So, he went down into the ground, he brought himself so low and died. On the third day he resurrected and after some weeks later the day of delivery came. It was the year of Jubilee, the day of Pentecost, there couldn't be a more perfect day. A group of people where gathered together in a place and "suddenly there came a sound from heaven like the rushing of a violent tempest blast, and it filled the whole house in which they were sitting. And there appeared to them tongues resembling fire, which were separated and distributed and which settled on each one of them." (Acts 2:2-3).
In the midst of this crisis the Holy Spirit came and filled the people then the power of the Most High overshadowed the womb and the Church was born. Oh, that tender little baby cried, she cried in tongues of many languages and people gathered to see what was happening. They've never seen such a baby before, so beautiful but yet so alien. She is a product of heaven, a creation that have transcend all earthlings. She was different but so attractive that many could not resist but were drawn to her. Oh, they all gathered around her and watched this little baby fuss. Little do they know that this child is the hope of the world, yes, the fate of this world lies in her hands.