No Time For Yeast 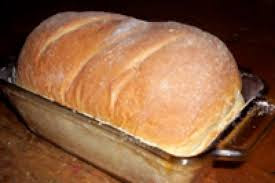 "All the Egyptians urged the people of Israel to get out of the land as quickly as possible, for they thought, “We will all die!” The Israelites took their bread dough before yeast was added. They wrapped their kneading boards in their cloaks and carried them on their shoulders." (Exo 12:33-34).
It was time and God wanted His people to leave Egypt and go with Him into the land of Canaan - the promise land. The people of Israel have to leave for the Spirit of God is already on the move. God stir up such hastiness that the Egyptians who refused to let go of the Israelites are now in such a hurry to get them out of their land. Pharaoh who refused to release them now want them gone as soon as possible. This is the working of God, for the Spirit is in a move.
The truth is that the Spirit is always in a move, always heading somewhere and doing something. The Spirit of God is a moving and active Spirit, so driven by the passion of God in the pursuit of His ultimate obsession. Yes, God is in a pursuit, He must get that which He desire and fulfill the plan which He had conceived before the foundation of the world. And the His Spirit is active with the passion to fulfill the plan. The Israelites are so overwhelmed with the hastiness of the Spirit that they didn't have time to add yeast in their bread.
“Watch out!” Jesus warned them. “Beware of the yeast of the Pharisees and Sadducees.”... Then at last they understood that he wasn’t speaking about the yeast in bread, but about the deceptive teaching of the Pharisees and Sadducees." (Matt 16:6,12). "Don’t you realize that this sin is like a little yeast that spreads through the whole batch of dough?" (1Cor 5:6).
The yeast represents anything associated with deception or the "father of lie" (John 8:44). Man is prone to falling into sin and the deception of devil. Even as Christians no matter how we try to remain in the truth and walk in the light of God's word we often fall into the deception of the devil. God, through the history of Israel is revealing a secret to us. The Israelites were so engross with the move and the occupation of the Spirit that there was no time to add yeast.
God is telling us today that when we are consumed with His occupation and become too busy with His business we won't have time to indulge our flesh (for it is the flesh that is prone to falling into deception). The only way we can have victory over sin and all the unholy indulgence of the flesh is when we get lost in Christ. We must get so occupied with Jesus, doing what the Father is doing and moving together with the Spirit. Jesus, while on earth never sinned and he explained that his secret was that he was always busy doing what the Father is doing.
Today, would you ask the Father what He is doing? Get into that fellowship with God and get so occupied until you lose yourself. And suddenly you would realize that those sinful things you use to do you don't do them anymore.
Posted by David Emechete at 12:57