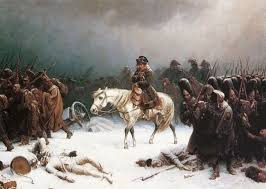 “When the Lord your God brings you into the land you are about to enter and occupy, he will clear away many nations ahead of you: the Hittites, Girgashites, Amorites, Canaanites, Perizzites, Hivites, and Jebusites. These seven nations are greater and more numerous than you. When the Lord your God hands these nations over to you and you conquer them, you must completely destroy them. Make no treaties with them and show them no mercy. You must not intermarry with them. Do not let your daughters and sons marry their sons and daughters, for they will lead your children away from me to worship other gods. Then the anger of the Lord will burn against you, and he will quickly destroy you. This is what you must do. You must break down their pagan altars and shatter their sacred pillars. Cut down their Asherah poles and burn their idols. For you are a holy people, who belong to the Lord your God. Of all the people on earth, the Lord your God has chosen you to be his own special treasure." (Deu 7:1-6).

Like the Israelites, we as the Church were given a land to conquer. The land is the heart of man and our mission is to fulfill God's desire which is fill the whole heart with Christ.

God gave Israel a mission; that the whole of Canaan might be filled with nothing else but His holy people. But Israel failed God when they conquered the land and refuse to alienate the Gentiles. They decided to share the holy land with the Gentiles (Judg 1:19-36).

They were given a mission of complete invasion of the land, and total annihilation of anything unholy in the land but they failed. And as a result the unholiness they left untouched became a pang in their heart. The unholiness came upon them and corrupt them. It invaded their peace and rest. It stopped them from enjoying the riches of the land God has given them. We as the Church have made the same mistake and we've find ourselves in the same mess. Looking very closely at the history of the Church one would affirm that the reason why the Church have gotten so corrupt is because we refuse to put to extinct the carnality in the heart we conquered. 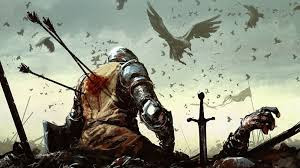 Then it came to the Americans and they try to turn it into an enterprise, giving rise to entrepreneurial pastors and business churches. As the agitation of the humanist increases they tried to turn Church into a club that would take care of the people's humanistic needs and of cause make profit. All through the history of the Church she had picked up elements from various culture and have turn it into a system of her own. The Church today is basically a reflection of man's culture and ideology rather than God's eternal thought. The Church have been made to prostitute with the world because we didn't annihilate the carnal man. We've allowed the carnal infiltrate our lives as a Church. 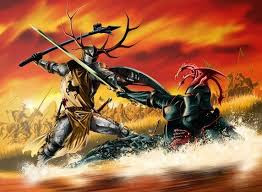 We conquered the heart of men from different culture but we left the carnal man to roam free in our land. We fail to drive out the carnality in the heart of these people and as a result the carnal man in them introduce unholy practices and ideologies into the Church. Now the Church is so mixed up with these unholiness that it has become so impossible to separate them. We can't tell the difference between that which was introduce by the carnal man and that which was in the original thought of God. We've lose our identity and we don't know who we are anymore. We are so intermarried with this unholiness and our purity and identity have been corrupt. Like internally disposed people we wonder, "are we children of Israel or children of the gentiles, who should we pledge our allegiance to?"

Dear Church do not forget who you are, for you have existed in Christ before the foundation of world (Eph 1:4) and you have no part in this world and it's corruption. Like the Israelites, our identity have been invaded by what we've been called to invade. And the only way out of this is going back to God and rediscovering the Church as it is in God's eternal thought. We must also understand the carnal man and it's trait so that we can separate it from God's eternal thought and fulfill our original mission by putting it to extinct.