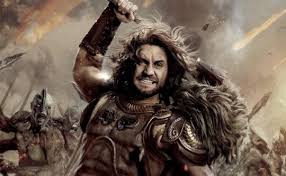 They came out of nowhere - men - fearless men. So few were they but the resolve in their looks grip one's heart with fear. They attack like wild beast, violent men that would not be teamed. There is fire in their eyes; a burning passion and a boiling rage. They would not be contained, like water gushing out from a broken dam they were unleash into the kingdom. Who could stand in their way? What can stop their advances? They fight for freedom and they must have it. With hope in there eyes and faith in there heart they advance as swift as a horse. As they advance the earth quake and the sound can be heard from miles.  They zoom pass the  onlookers; those sluggishly strolling towards the kingdom and saying to themselves, "who are those fanatics, what is the haste all about? " Fools, they do not understand the value of the kingdom. But these men knew and they can't wait to lay their hands on the riches of the kingdom. With violence they break down every wall, demolish every mountain, sail every ocean and destroy every barrier. They had determined in their heart that nothing, absolutely nothing would come between them and their pursuit of God. The devil in all of his shrewdness can't stop them. Like mindless barbarians, they would not listen to any reasoning, logic, imagination or thought insinuating that they can't have the kingdom and its fullness. Instead they descend like savage raiders upon the riches of the land, taking it by force. Yes indeed, the kingdom suffer violent in the hands of reckless and desperate men - men hungry for more of God. Are you one of them?
Please comment below and give your opinion. Do not forget to share this post if it blesses you - just click 'share' bellow.
Posted by David Emechete at 16:56