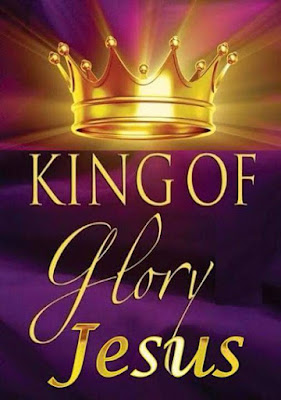 Christ transcends all things, he transcends every construct of man, he cannot be contained in a box. He refuses to fit into any box man tries to construct for him.  Look at the Pharisees, they had drawn a circle around a selected group of cities thinking that the Messiah cannot come out anywhere outside this circle. But Christ transcended their construct, he refused to fit into it, he came out from a town they never expected. It was Nazareth and they couldn't believe it, they exclaimed, “Nazareth! Can anything good come from Nazareth?” (John 1:46). Of course, he would not be an object of their prediction. Pharaoh thought he has cornered the Israelites. He said to himself, 'surely they have no place to run to, its impossible for them to cross the red sea". But no, God would not be cornered, he cannot be trapped.
Jericho thought they had a wall big enough to stop God, they thought they've drawn a line where God cannot cross. The Northern armies gathered themselves, "all their kings came out to fight. Their combined armies formed a vast horde. And with all their horses and chariots, they covered the landscape like the sand on the seashore." (Josh 11:4). They thought they've out numbered God. They thought to themselves, 'surely He could not defeat us in such great number'. At a time where there was no food in the land and mothers were eating their children, the prophet of God declared the word of the Lord saying, "This is what the Lord says: By this time tomorrow in the markets of Samaria, five quarts of choice flour will cost only one piece of silver, and ten quarts of barley grain will cost only one piece of silver.” The officer assisting the king said to the man of God, “That couldn’t happen even if the Lord opened the windows of heaven!” (2Kings 7:1-2). The kings officers had reason it out and concluded that there is no way God could do this. But God transcends every reasoning of man, He cannot be limited by man's rational. No red sea could hold Him back; no wall could stop His move; no amount, size or weight could overwhelm Him, for He transcend them all.
Back to the New Testament, they thought they've figure Him out. They have studies the Scriptures and they were sure they know how He would come. But he surpassed every of their knowledge, beat every of their suggestions and transcend every of their doctrines. The one they have been waiting for all their lives was standing right in from of them but they couldn't recognize him because they have been limited by the box they've constructed for him. They assume him to be so small, to fit into their box, to be bounded by the doctrine they've constructed for him.
Little did they know that this Christ is the transcended one. So stubborn they refuse to give up after seeing how he transcends all their tricks, their doctrinal traps and puzzles. They went ahead to bring in their greatest box — death and his brother grave. They said among themselves, 'surely this would contain him, this would shut him up for good, he can't escape from this'. But they were mistaken again, death could not hold him back neither could grave shut him up, for the man transcends all.
Look at Peter, he thought Christ is limited by racial boundaries. He said to himself, 'Jesus is the Messiah of the Jews, he could not be of the gentiles, not those unclean gentiles'. But the Spirit stumped him. Yes, Christ would not be limited by any social construct, for he transcends the boundaries of race, gender, class, status, culture, territory etc. Nothing could encapsulate him, he is just too big. Look at Christianity, in all our doctrines and theologies we hope to build a box big enough to contain him. We try to defined his boundaries, to determine his length, breath, height and depth. But this man has no boundaries, no box could contain him, no measurement could grasp the whole of him.
Oh the confusion that characterized the Great Awakens in the history of the Church, isn't it because they thought they had figure him out and all of a sudden he came with a mind blowing revelation of himself. They had all their theologies well laid out but all of a sudden he came and beat their imagination. They couldn't wrap their brain around it, they couldn't comprehend the move of the Spirit, their rationale failed them. And how they fall at their feet, their intelligence were humbled, their wisdom was made to look foolish. All their high held knowledge which they called higher knowledge or mysteries suddenly loss there value, it was all made to look like child play.
Yes! We have a Christ that transcend all, each time we think we've figure him out, each time we think we've measured his limit and we've seen it all he comes with his robe of transcendence and wipe us off our feet. We are struck with awe at the wonders of his greatness.
Posted by David Emechete at 20:14