The Church Is The Glory Of Christ 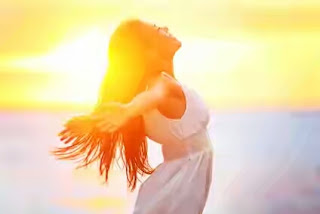 "...but woman is the glory of man" (1Cor 11:7b).
The Bible has made us to know that the Church is the bride of Christ. She is his woman and she is his glory. A woman is the glory of her husband because the husband spends all he has on her. The man works so hard and acquires a lot of wealth but the riches is not reflecting on him, he is having wrinkles and looking old, his hands are hard, he has gone darker, scorched by the sun and all of these is as a result of his hard work.
Yes, he doesn't look rich instead he looks like a man under great hardship. But look at his wife and you would see his glory, you would know indeed that he is wealth. You would find his glory in his wife, for he has spent all he had on her, all the wealth he has gotten through struggling and hardship was spent on his woman.
He spends all the money he had, all the love and affection he had and also his time on her. As a result she is glorious - she is looking beautiful and young, she has no spot or wrinkle, are skin is completely smooth without blemish. She had been lavished with love and she is happy with the most beautiful smile on her face. She is gorgeous as she sparkles in splendid glory. She is reflecting all that the man has given her.
This is the way the Church is, for she is the glory of Christ. Christ is spending all the riches he has acquired through his suffering, death and resurrection on his woman. This is why Paul said "that I should preach among the Gentiles the unsearchable riches of Christ," (Eph 3:8). Paul felt like he was called to preach the riches of Christ so that the Church might enjoy the fullness of the riches of her husband.
Christ would spend on the Church the unsearchable riches of his wisdom, the riches of his blessing, the riches of his love, the riches of his righteousness, the riches of his power, the riches of his victory and all of his riches. Yes Christ would not rest until he had spent all his wisdom on his woman and when the world look at the Church they would know indeed that God's wisdom surpass any that man had ever known. Christ would not rest until he has spent all of his power on his bride and when the world look at the Church they would be amaze at the greatness of the power of God.
Christ would not rest until he has spent all his victory on his Church and when the world look upon the Church they would see nothing but victory, for the Church shall be victorious over every enemy that had come against her. Yes the world would end with a victorious Church. Christ would spend all that he has on her and as a result she would reflect him, she would be his glory, for the glory of God is God Himself.
"And now, O Father, glorify thou me with thine own self with the glory which I had with thee before the world was." (John 17:5).
The Church would be glorified with God Himself and she shall be the glory of her husband.
Please comment below and share  opinion. Do not forget to share this post if it blesses you - just click 'share' bellow.
Posted by David Emechete at 12:32