The Church Is A Nation 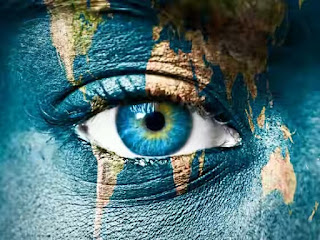 "Give no offense, either to the Jews or to the Greeks or to the church of God," (1Cor 10:32)
To the Jews there exist only two kind of people in the world and that is the Jews and the Gentiles. If you are not a Jew then you are a Gentile, the whole world is divided into this two group. But the verse above seems to pacify another people, a new people who are neither Jews or Gentiles. They are a new race, a new nation.
"For as many of you as were baptized into Christ have put on Christ. There is neither Jew nor Greek..." (Gal 3:27-28).
Yes, in the Church there is no Jews, Greek, English, French, Arab, Igbo or what ever nation we know on earth. The new race has began, a nation originating from heaven. An eternal nation that had existed in Christ before the foundation of the world. On the day of Pentecost this nation came to earth and they were later called Christians. But let not mistake there identity, for there is nothing like Yoruba Christian, Igbo Christian, Indian Christian, Chinese Christian, American Christian, British Christian or Jews believer. All of these doesn't exist, in the Church there is only one nation and one race.
They speak the same language, share the same tradition and culture, they have the same origin, they share the same identity, nature, belief and faith. They are one people and one nation.
Please comment below and share  opinion. Do not forget to share this post if it blesses you - just click 'share' bellow.
Posted by David Emechete at 07:13