The Body Of The Risen Christ 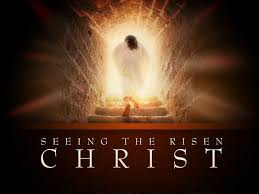 The tale of the birth of the Church is a fascinating one. And from that tale you would find the meaning of the Church. A people for centuries have waited for a light. He came, he walked among men and what a beautiful light he was. But he was limited by his body, he was meant to be a light to the whole world and not just to a little nation in Asia minor. He was just one man, he must expand, grow into a larger body that would reach every part of the world. He discovered how to multiple himself and have a larger body that would fill the world.
"Most assuredly, I say to you, unless a grain of wheat falls into the ground and dies, it remains alone; but if it dies, it produces much grain." (John 12:24).
"Another parable He put forth to them,  saying: “The kingdom of heaven is like a mustard seed, which a man took and  sowed in his field, which indeed is the  least of all the seeds; but when it is grown it is greater than the herbs and becomes a  tree, so that the birds of the air come and  nest in its branches.” (Matt 13:31-32).
That little lowly man must die, his body must be put into the ground so that out of it would grow a body so large that would fill the whole earth. The light would no longer be a single man that live and walk among a people but it shall be a large body of people that live and walk in all the nations of the world. The Church is Christ expanded, it is Christ filling the whole earth. This is why his physical body is no longer needed here on earth, he now has a larger body. He walk the earth through this larger body, to do the things he used to do — yes, to be a light.
A single body was buried but out of the grave came a larger body. It is still the same man; it is the man that was buried that is now this large body. The Church is Christ risen and expanded. And when the people ask, where is Christ? You can point at the Church. Here is the same man that walk on water, heal the sick, raise the dead and revolutionized his world. Yes he died but he didn't leave us and he didn't rise with the same body. He rose as a Church — indeed it is the same person. Do you ever have a doubt that Christ resurrected? Then look at the Church and see him, he has grown into a larger body now.
The early Christian understood what they were. They do not pursue a glorious Sunday service, a global recognition, a name, a large worship auditorium etc. The Church is to pursue one thing and that is expressing the risen Christ. A person expresses himself through his body, the purpose of the body is to express the life within it. Yes, the Church has only one pursuit; to express the risen Christ. Everything she does ought to reflect that one pursuit.
The aim of the Sunday service is not to entertain the people so that they can come back next Sunday. The worship service is not to appease an angry or offended God. But the Church meets with the aim of equipping each member to be able to express Christ. No, it is not to win more souls; the purpose of your body is not to get fatter but to express you. Everything the Church does is aimed at seeing the risen Christ walk the earth through each member of the body. The world should be able to point to the Church and say, 'yes Jesus still lives and he is here among us'.
Please comment below and share  opinion. Do not forget to share this post if it blesses you - just click 'share' bellow.
Posted by David Emechete at 18:06