The Battle For Harmony 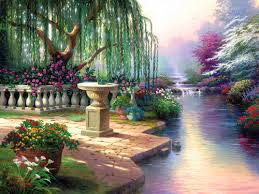 From the remains of this world we could see the beauty of harmony. We could see traces of a perfect harmony. I used the word "remains" because the world is dead. When it was alive everything was in flawless harmony, there was not a break to the flow of harmony in and through every creation. But death came and the result is decay. Everything began to disintegrate, the hand rebel against the head and the eyes no longer agree with the nose, all went their separate ways.

The disintegration of death is evident even as the first brothers (Cain and Abel) could not maintain the unity. Yes, in the remains of a once perfectly harmonious universe we see harmony, although in a poor state yet so beautiful, causing one to wonder how glorious it was when the world was still alive. 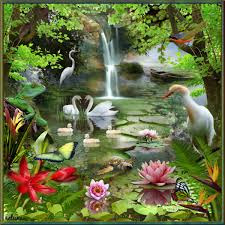 Look at how every living thing on earth is so interdependent, the interaction that is so crucial for continuous existence of each organism; every organism needing each other for survival. Look at the balance in nature; in the weather, in anatomy, in chemical components, in topography etc. What a harmony even in the midst of complexity, yet this is just harmony in its poor state lying in the remains of a once living world.

However, God had moved on and had created a new creation. A living creation, one that can never die and in it is found harmony in the fullness of its glory. God is trying to establish this new creation upon the old creation so that it can grow and overtake the old creation. But the devil won't let this happen, for he reigns in death. He fears what would happen to him if death should be swallowed up by life. There would be no place for him if the old creation is consumed by the new creation. So he fights vigorously against the new creation. Harmony is the result of life while death is decay, disintegration, division, chaos etc. The devil tries to introduce death into that which is meant to harbor life.

He wants to keep them dead, to suppress the life in them. But the Lord would not sit back and do nothing, for he must have his desire and life must completely consume death. Hence, right there, on that ground there is a battle — it's the battle for harmony.