Christ Is The Reality 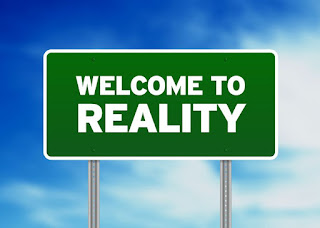 In Genesis one we find the earth in a terrible state, it was the old earth. But the Spirit of God came hovering over the face of the waters and before we know it a new earth has emerge out of the waters of that old earth. God created a new earth and then He came down and walked on this new earth.
In the story of Noah and the flood, the world was corrupt, it was in such a terrible state. Flood came and water covered this old and corrupt world. Noah sent birds upon the face of the waters and when the renewed world emerge from the waters the dove settled on this new world.
Now in the new testament we saw the spiritual state of Israel; it was in a terrible state, so dead. A man was deepened in water and the Spirit of God came in form of a dove and when this man emerge out of the water the dove descended on him. This same dove that appeared in Genesis one and in the time of Noah has now appeared again at the consummation of time. The dove descended on the new world, a new creation but this time the new creation is a person — Jesus. A new world has emerge out of the waters, a new creation has began. This new creation is Christ together with all that are in him (2Cor 5:17).
"We look at this Son and see the God who cannot be seen. We look at this Son and see God's original purpose in everything created. For everything, absolutely everything, above and below, visible and invisible, rank after rank after rank of angels—everything got started in him and finds its purpose in him." (Col 1:15-16 MGS)
The purpose of everything created is Christ. He is the meaning and essence of all things created. He is the new creation. God's old creation is a type, a shadow, a picture and a representation of His new creation and His new creation is Jesus. Jesus is the reality of the shadows being projected in creation. All of creation is meant to represent and foreshadow Christ. He is the reality while creation remains the shadow.
Christ Is The Reality Of Time: Christ is the beginning of time and the end of time (Rev 1:8). He is the meaning, purpose and essence of time. History is his story and the future is the hope of him.
Christ Is The Reality Of Air And Water: Christ is our life; the air we breath. He is the breath of life by which we live. He is the true water as all other water is nothing but a shadow, a type and a picture of him. He alone quenches our thirst and refresh our being (John 4:10-11, John 7:38, Rev7:17, Rev 23:1).
Christ is the reality of land: "For in Him we live and move and have our being;" (Act 17:28). We walk and live in him, our roots is growing deep in him and as a result we are unshakable as no storm or flood could make us fall (Col 2:6-7; Eph 4:14). We are built on him and our foundation can not be faulty (Luk 6:47-49, Col 2:7). Christ is the richest land and we spend our life exploring this inexhaustible land (Eph 3:8). This land contains the greatest treasures (Col 2:3, Prov 3:13-17). Christ is the land as well as the rock. He is the stone that became the chief cornerstone by which we are built together as a temple (Eph 2:10, 1Pet 2:6-7). Christ is also the way; the path by which we walk.
Christ Is The Reality Of Tree and Plant: In creation plant was the first life that was created and it was created on the third day. This is a picture of Christ coming to life on the third day after his death. Christ is the tree of life where we feed and are impacted with the life of God (John 6:35-58). Christ is also the vine while we are his branches (John 15:1-7). He is the tree that branches all things; he holds all things together. And in him all things are connected to one single steam; all things become one in him.
Christ Is The Reality Of The Animals: Christ is the Lion as well as the Lamp (Rev 5:5-6). The snake, scorpion and other creeping things are a picture, type and shadow of Christs enemies. The rich diversity of creation is a picture or shadow unveiling the rishes and the diversity of Christ. Bird is a picture of the Holy Spirit which is also the Spirit of Christ (Rom 8:9).
Christ is the reality of every created thing on earth, he is also the reality of heaven. Jesus is the kingdom of God; he is the world to come. For the world to come is already here and He had reveal Himself to the first fruit of God's creation — the Church (Jam 1:18). We are in Christ, hence we are in the world to come. This Christ has become our world; our reality.
Please comment below and share  your opinion. Do not forget to share this post if it blesses you - just click 'share' bellow.

Other Related Posts
Christ Is The Reality of The Social World
Christ Is Everything
Posted by David Emechete at 00:53