The Anointing To Know The Truth 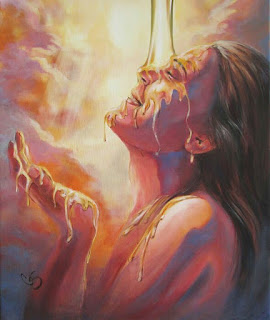 "But you have an anointing from the Holy One, and you know all things. I have not written to you because you do not know the truth, but because you know it, and that no lie is of the truth." (1John 2:20-21).
John wrote this verses to young believers at a time when so much false doctrine was entering into the Church. The problem was, how would Christians tell which of these doctrine is true and which is a lie. John was to address this issue but instead of telling them which is the true doctrine and which is false John simply told them that they know the truth. He explained to them that God has anointed every Christian and has given us an ability to know the truth. He explained that we can look at two doctrines and tell which is true and which is false.
This is a ability that Christians till today have not explore. John explained this to those young believers so that they can explore this ability but rather than exploring this ability they ignored John's words and after his death they gathered a canon of letters written by the apostles and their disciples. They used this canon of letters as a guide to know the truth. They ignored their ability to discern the truth and they subscribe to an inferior method of determining truth. This inferior method has failed us, if it hasn't failed us Christians would not be so divided today.
We find it difficult to determine truth and this has been the cause of division. For us to be united in the knowledge of the truth we need to be able to discern the truth. We need to go back and learn how to discern the truth by the uction (the ability) that John described in the above verses. We need to explore this ability, develop it and use it to be able to discern the truth, for only then can we find unity in knowledge.
I know this ability exist because I have tasted of it. It exists in the life of every Christian, John said God has anointed us with this ability. But we have been dead to this ability just as most Christians today are dead to their ability to heal the sick and do great wonders.
"And these signs will follow those who believe: In My name they will cast out demons; they will speak with new tongues; they will take up serpents; and if they drink anything deadly, it will by no means hurt them; they will lay hands on the sick, and they will recover.” (Mark 16:17-18).
Every person who believes in Jesus can cast out demons, can speak in tongues and can heal the sick. Yes, just as every Christian can speak in tongues every Christian can also exercise the ability to know the truth. Every Christian can look at two doctrine and with a supernatural ability know which is true and which is false. We can look at a theology and tell which part of that theology is true and which part is a lie. God has given every Christian this supernatural ability but we have not developed it.
"Therefore I remind you to stir up  the gift of God which is in you through the laying  on of my hands." (2 Tim 1:6).
You can stir up the supernatural ability that God has given you. And God has given us a supernatural ability to be able to discern the truth but we have failed to stir up this ability. I first discovered this ability at a time when I found myself always arguing with fellow Christians. I didn't understand why we have so many contradicting doctrine but I wanted to know the truth. As a result I submitted to Christ the Truth. When I find myself in an argument with a fellow Christian I go to my Lord in submission and seek for answers. And as I continued this practice I soon discovered that I am able to tell truth simply by looking at a teaching. I could sense it in my spirit; I could sense which part is false and which part is true. I could sense the darkness in the part that is false. Falsehood always carry some kind of darkness and I could sense the darkness in anything that is false. This ability exist and it is important that we develop it.
An excerpt from my upcoming book, 'The Quest For The Truth'. The book would be out very soon so stay connected to notified of its updates.
Please comment below and give your opinion. Do not forget to share this post if it blesses you - just click 'share' bellow.
Posted by David Emechete at 13:42