Christ Is The Kingdom Of God 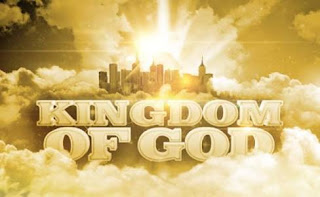 Here, the people of Israel found themselves in another oppression, for decades they were tossed about from one captivity to another. Now they have been enslaved by Rome, even worse Rome has appointed a stranger from another nation to sit among them and rule over them. Their king ensured that every of their hope is crushed, that they might submit completely to Rome. You see, the Israelite were a very proud people, they don't easily accept enslavement. They were proud because they have a God who moves with great and mighty power. Now this God has promised to deliver them, He would save them and give them His kingdom.

So here is a people whose hope and pride rest on only one thing, the kingdom of God. They were expecting that when the kingdom of God comes it would come with the demonstration of great power, the kind of power that will disarm those that has enslaved them and break them loose from the oppression. The kingdom of God would bring them freedom, and they wait eagerly to see it. Looking carefully, they wait eagerly for a sign; they were waiting to see an out burst of power that would cause the Romans to take to their heels. But there came a man, a lowly man, this man is the very kingdom they had been waiting for. They looked at this man, they looked at the kingdom they have long waited for, and they didn't recognize it.

All their life they preached about the kingdom, talked about it in the streets. They prayed for it, fantasized about it and hunger so desperately for it. But here it is, right before their very eyes, and they didn't even notice. We fall into the assumption that we know God, we think we know the things of God. We have all this knowledge and we think we've figured it out. But no, God is far beyond our thinking, He cannot be subject to the laws of our reality. The things of God is God Himself, the words that He speaks is not mere sounds, it is Himself. The kingdom that He gives is not a thing, it is not a system, it is not a combination of laws, rules, order and power. The kingdom that God gives is a person, it is God Himself. It is not something waiting for us in the future, for it is here now! Yes, this Christ that you see before you is the very kingdom of God.