The Purpose Of The Law Of The Old Testament 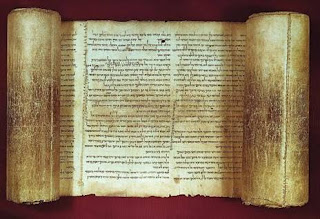 Covenant is another word for testament. The works of the Mosaic covenant was to lead us to the grace of the New Covenant. Paul tried to explain this in his letters.

"But then Law came in, [only] to expand and increase the trespass [making it more apparent and exciting opposition]..." (Romans 5:20).
"What then was the purpose of the Law? It was added [later on, after the promise, to disclose and expose to men their guilt] because of transgressions and [to make men more conscious of the sinfulness] of sin; and it was intended to be in effect until the Seed (the Descendant, the Heir) should come, to and concerning Whom the promise had been made... But the Scriptures [picture all mankind as sinners] shut up and imprisoned by sin, so that [the inheritance, blessing] which was promised through faith in Jesus Christ (the Messiah) might be given (released, delivered, and committed) to [all] those who believe [who adhere to and trust in and rely on Him]. Now before the faith came, we were perpetually guarded under the Law, kept in custody in preparation for the faith that was destined to be revealed (unveiled, disclosed), So that the Law served [to us Jews] as our trainer [our guardian, our guide to Christ, to lead us] until Christ [came], that we might be justified (declared righteous, put in right standing with God) by and through faith" (Galatians 3:19, 22-24).

The works of the Mosaic Covenant was meant to be a guide that leads into grace. Grace is something so precious to God, something that He places so much value and as a result He has to go through a lot of preparation - making the ground ready for the advent of grace. Man had always been filled with pride; we exalt ourselves and think we are something more than what we really are. We think we can do anything, we think we have what it takes. God introduce works in order to prove to man that we are weak and we are desperately in need of His grace. God's grace is only revealed to the weak and we need to get to the point of weakness so that we can enjoy the reign of grace.

God asked man to meet an impossible standard in order to crush his pride. By the time we've tried and tried to obey the law and we keep failing then we would have to surrender and say "I can do nothing of my own, I don't have what it takes, and I'm a total failure." Only when we come to this point can we truly embrace grace. In the book of Romans chapter seven Paul explained that before he knew the law he was never conscious of sin. But when he knew of the law he realizes he had been committing sin and he needs to stop. And when he tried to stop sinning he realizes he had been a slave of sin and he couldn't break free on his own. This made him to cry, "O wretched man that I am! Who will deliver me from this body of death?" (Rom. 7:24).

Only slaves need deliverance, only the sick need healing. If a sick person doesn't know of his condition he would need accept the treatment for his sickness. We must be awakened to our sinful condition before we can accept the liberation of grace. Until our eyes are open to our servitude we would never realize our need for salvation. When Paul saw his servitude he cried, "O wretched man that I am! Who will deliver me from this body of death? Paul cried for deliverance and the next statement that follow was, "I thank Godthrough Jesus Christ our Lord!" He became thankful for he had now realized the value of God's grace. He saw indeed how precious is the grace of God and how he would suffer without it. This was the purpose of the law, it was meant to diagnose our sinful condition so that we can accept the treatment and liberation of God's grace. Hence the law leads us to grace.

Extract from the book, The New Covenant