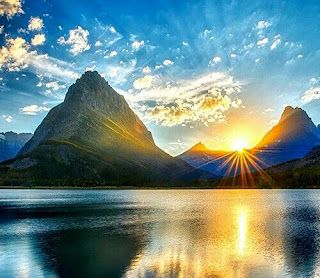 This is the beginning of a new series about righteousness. We would be trying to understand what God calls righteousness; to look at righteousness through God's eyes. The first time God called somebody righteous in the bible was in Genesis Chapter fifteen;
"And Abram believed the Lord, and the Lord counted him as righteous because of his faith." (Gen 15:6).

God gave Abraham a promise, Abraham believed and God called that righteousness. This is quite different from the imaginations of most Christians. Based on the ideology of most Christians the verse should go like this, 'The Lord gave His command, Abram obeyed, and the Lord counted him as righteous because of his obedience.' But this is not what this verse says, and let me note that this is the very first time the word 'righteous' appeared in the bible (at least the KJV bible and most translations).

Now think about it again, the first time righteousness was mentioned in the bible it wasn't referring to the obedience of an order from God rather it was about the single act of believing. Abraham had obeyed God several times but He didn't count it as righteousness, to Him it isn't even righteousness. Here lies an important truth; you may hear God and even obey Him but that doesn't mean you are righteous. You may pick the bible, study it carefully and obey every single commandment, rule and regulation, every single don't and do that you can find and yet you are not righteous, not even close to it.

Yes, we ought to be preaching that which God has given us. Paul said faith comes by hearing (Rom 10:17), the more of this Christ we hear the more we believe and the more righteousness is credited to us. Therefore, the way to grow in righteousness is to know more and more about Jesus and believe what you are learning of him. Rather than focusing on knowing the don't and dos we ought to focus on knowing this Jesus.