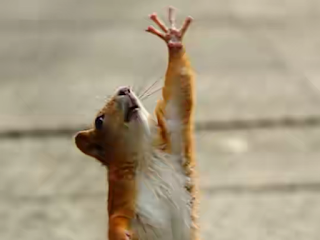 This the second in a series on righteousness, in the first post we looked at the first time the word 'righteous' appeared in the bible and it was referring to Abraham faith. Here in this post we would be looking at the story of another man that God called righteous. God was so proud of Job that He boasted of his righteousness before Satan. I would like to note that these posts, this righteous series, is for all those who want to be righteous in God's eyes, who wants to have God beat His chest and say, 'look there, my child is righteous'. Many Christians are only concerned about being righteous in man's eye and that is all they pursue. But we are those that is only concern about what God thinks, therefore how can we come to a place where God calls us righteous? The first point was established in the first post and that is knowing Christ and believing in him. This is not an easy thing to do because Christ is a reality that is quite strange from that which we know. Therefore we might encounter difficulty in believing the reality of Christ. The reason why the Church today is plagued with a lot of problem is because we are finding it very difficult to believe Christ, we want to hold on to our worldview, our concept of what is right and wrong but Christianity is beyond right and wrong, it is eternal, it is God.

Haven said that, we would now look at the life of Job and why God thinks he was a righteous man. Look at Job, in one day he lost everything he owned and what did he do?
"Job stood up and tore his robe in grief. Then he shaved his head and fell to the ground to worship. He said, "I was born with nothing, and I will die with nothing. The LORD gave, and now he has taken away. May his name be praised!" " (Job 1:20-21).

This was an empty man, a man poor in spirit. Even when he was rich he had nothing, for he lived in utter submission onto God. He never found sufficiency in him, He never saw his wealth as something belonging to him. Here is his word paraphrased, "it was the Lord that gave, it was never by my hard work. Hence, it wasn't my to claim and now He has taken that which belongs to Him". The man had nothing, he had always been poor. The 7,000 sheep, 3,000 camels, 500 teams of oxen, 500 female donkeys and even the sons and daughters were never his, he was a mere steward, a servant. Such lowliness even in the midst of great wealth. This is the very attribute possessed by the righteous One; "I am meek and lowly in heart" (Mat 11:29).

To God, righteousness is being lowly, it is abasing yourself, coming to realize that you are nothing and God is all. It is finding no suffiency in yourself and relying on God completely. Despite all the wealth that Job had he didn't become proud, he didn't become self-sufficient. A servant cannot be possessive, as long as you have a lord everything you own belongs to him. To be righteous before God you must be utterly submissive to Him. What is self-righteousness, isn't it that feeling that you have some kind of virtue, a virtue that is of your power, your hard work. A self-righteous person is not empty but full, full of himself and he would not yield to anyone. God's kind of righteousness is one where you empty yourself and realize you have nothing but God. God would only call you a righteous man when you abase yourself and become nothing, relying completely on Him.