The Descending Of His Ascendency 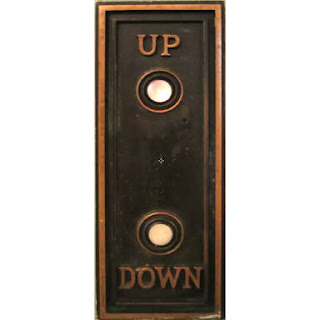 "(Now this, “He ascended”—what does it mean but that He also first descended into the lower parts of the earth? He who descended is also the One who ascended far above all the heavens, that He might fill all things.)" (Eph 4:9-10).
In Christ you will discover that the way up is down, the more you descend is the more you ascend. Christ descended to the lowest part and that is why he ascended above all things. He now has the greatest honour because he had bore the greatest shame. The lower you descend is the higher you ascend. This is a principle, a law that govern all in Christ.

"For the flesh lusts against the Spirit, and the Spirit against the flesh; and these are contrary to one another, so that you do not do the things that you wish." (Gal 5:17).

Paul comparing the flesh and the Spirit said the two are always against each other. Therefore when the flesh descend the Spirit ascend and when the flesh ascend the Spirit descend. Just as Christ ascended above the heaven's he also wants to ascend in you. Christ have come to live in you but he must also ascend in you. But in order for that to happen you need to descend before Christ can ascend. John the Baptist said "He must increase, but I [must] decrease." (John 3:30). This should be the cry of every Christian.

Yes he must increase, he must ascend while we descend. When Christ ascended he sat at the throne of glory, so also when Christ ascend in us we would experience glory of his throne; God's glory shall come upon us in ways we never thought was possible. The way to glory is descending, decreasing, being humbled, being brought to nothing just so that Christ might increase and this is the principle in Christ. Do you desire glory? Then come down, come down to the lowest place, come and decrease, for the more you decrease the more his glory increases in you.