Understanding The Concept Of Carnality 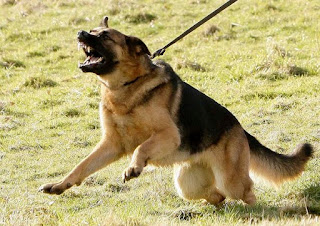 We would be looking at how the concept 'Carnal' is defined by Christians over time. What we call carnal today has been affected by the thoughts and ideologies passed down to us over the history of the Church. To the Jews the world is divided into two; that which is of God and that which is not of God. They look at everything based on that spectrum. The people of the world in the world view of the Jews is divided into the people of God (the Jews) and the people who are not of God (the Gentile). Hence, when it comes to defining the concept 'Carnal' the Jews would say, Carnal is that which is not of God.

The early Christians began to think that anything that is natural is carnal and therefore sinful. This thought developed and lead many to believe that if they want to be truly holy they must abstain from things pertaining to the natural. They tried to abstain from food, from cloth, from houses, from any sought of possession and even from other human beings. They live in the caves far away from the human society, wearing sack clothes and hardly ever eat. They believe the further they stray away from natural things the more holier they become. Hence, spirituality and holiness is defined as abstaining from natural things. Till today, this kind of thinking still affects what we call carnal, we continue to believe that abstaining from natural things is what holiness is. One may ask, what is wrong with that 😕?

Now if we should look at how the Jews and the first Christians define carnality we would understand how this wrong ideology has deprived us from experiencing true Christianity. The first Christians were Jews and basically all those that wrote the New Testament were also Jews. This means that the ideology that the authors of the New Testament have is quite different from ours making it difficult for us to understand the message they are trying to pass to us through the books of the New Testament. You see, the Jews does not believe that everything natural is carnal (sinful), rather they believe that everything that is not of God is carnal. Yes, something may be as natural as nature can get but yet spiritual and holy. For example gold, silver and all kinds of rich can be spiritual and holy as long as it is onto God. In tithing the Jews go before God in His temple and feast; they eat to their fullest, drink even strong drinks and celebrate together, yet they call this a worship onto God (Deu 12:17-18). To them, this kind of display is an holy act, a spiritual thing. Yes, it involves lots of food and yes it involves lots of drinks and dancing and fun but it is spiritual and holy. Let me quote a verse where God was instructing the Israelite on how they should tithe.

"If the place of worship is too far from your home for you to carry there the tithe of the produce that the Lord has blessed you with, then do this: Sell your produce and take the money with you to the one place of worship. Spend it on whatever you want—beef, lamb, wine, beer—and there, in the presence of the Lord your God, you and your families are to eat and enjoy yourselves." (Deu 14:24-26).

Most Christians would swear that verses like this are not in the Bible. And if you are beginning to think that the person writing this is definitely not a true Christian then check yourself, you have a true Christian then check yourself, you have adopted a pagan greek ideology and you call it Christianity. Yes, the Jews feasted and drank alcoholic drinks and called it worship onto God. In fact it was God that ordered them to do it and it was a holy and spiritual thing. Do not misunderstand me, I'm not saying Christians should do these things today, it was in the Old Testament, it is the Law and we are to do away with the Law. The point I'm trying to make here is that these natural display was not perceived as carnal to the Jews. As long as it is of God it is holy and spiritual.

What if we Christians come to define holiness that same way. If only we define holiness as that which is God we would focus on getting closer to God rather than abstaining from natural or material things. We would have a God focused mindset, we would be pursuing God rather than pursuing an unmaterialistic life. There is a huge different between being godly and being unmaterialistic. There are people that are unmaterialistic but yet very ungodly. They abstain from material things yet have no trace of God in their nature. To not be carnal is not being unmaterialistic. You can be reading the bible, fasting always, be a prayer warrior, live in the church, abstain from material things and yet be carnal. As long as you are not growing in God you are carnal. Carnality is hence defined based on our relationship with God.

Look at Christianity today, all that emphasis on what and what you should abstain from; don't eat (fast), don't drink, don't party, don't wear certain clothe, don't wear jewelries, fashion is of the devil, don't be too rich, money is of the devil, don't use TV or phones, technology is the new witchcraft etc. We engage in hair splitting arguments over things that doesn't even matter. We try to be spiritual but end up focusing too much on earthly things.

When you are trying so hard not to sin you would realize that you have been focusing too much on sin. You would find yourself thinking always of sin, you would become so sin conscious that you would begin to lose sight of the savior. So also when you are trying so hard to abstain from material things you would always be thinking of material things, you would become earthly minded, always thinking of carnal things. You would end up deprived of the spirituality that you desire. Why not try another approach, let's focus on God. Let's focus on getting closer to God rather than becoming so obsessed with trying not to be materialistic. When we learn to define carnality as that which is not God we would learn to pursue God rather than pursue unmaterialism.