What Did They See? 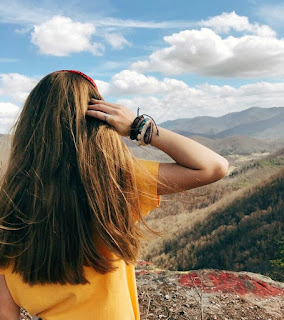 Let go back to the very beginning of Christianity. Look at that small group of people faced with annihilation; the most powerful empire threatening to put an end to them. Even their own people, fellow Jews, despised them and wanted to put them to death. Yet we see that community striving until the most hunted religion in the Roman empire becomes the most famous religion.

Soon everybody wanted to be associated with Christianity, they forgot how it started, how many gave their lives for it. But what did the early Christians saw that drove them so mad? What made them so bold that they could stand even before the face of danger and look at death in the eyes? What pushed them to stress beyond their limits and do the impossible? They saw God's anointed one, the Christ, resurrecting in glory and sitting at the right hand of power. All battles have been won, all the upheaval since before the beginning of the world has been put to silence. Such a sight that silenced every of their fears and flood their hearts with overwhelming peace.

They saw that indeed it is finished; there's nothing left to be done. He has ended all battles, calmed all storms, solved all problems, satisfied all desires, accomplished all plans and fulfilled all destiny. Such a sight that causes one to crash into rest; you suddenly feel all works snatched away from you, leaving you with nothing. All things have been accomplished, the very purpose of life has been fulfilled and now nothing else matters. Life itself doesn't matter; it doesn't matter whether you live or die anymore. It's like you're running a race and then you suddenly cross the finish line, and then it doesn't matter if you keep running, or not. The very purpose of the race has been accomplished, it is finished. It no longer matters whether you live or die.

They saw this and all of a sudden they could not fear death anymore neither could they hold on to life. Life and death no longer matters, their personal desires no longer matters. Their identity, their rights, their ambitious, their comfort and everything faded away, for it has all ended — indeed it is finished. Christ has accomplished it all, with a single act on the cross he ended all things and left his disciples dumbfounded.

Look at them, so overwhelmed with awe that they can't stop talking about what they saw — what they saw Christ do. Their whole lives became focused on only one thing, that this awestrucking act of Christ be declare that all might see and suffer the same effects that came upon them. For non could see what they saw and not end up responding the way they did. Oh, the sight of this act of Christ would sweep you off your feet and cause you to lose your mind like they did. If only we could see what they saw, if only Christ is unveiled to us in such a way, oh what a move it will be.