Life In The Old Testament 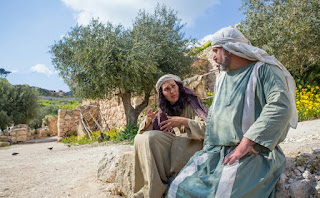 God gave us Christ, this was something the Old Testament people didn't have, hence the life they lived was different. All they had was rules and regulations, and their religion was all about following this rules and regulations. They lived their lives trying to align their attitudes and behaviors to a law written on stones. But in Christianity God gave us Christ, and Christ came inside of us and became one with us.

"Behold, the days are coming, says the LORD, when I will make a new covenant with the house of Israel and with the house of Judah not according to the covenant that I made with their fathers in the day that I took them by the hand to lead them out of the land of Egypt, My covenant which they broke, though I was a husband to them, a says the LORD. But this is the covenant that I will make with the house of Israel after those days, says the LORD: I will put My law in their minds, and write it on their hearts; and I will be their God, and they shall be My people. No more shall every man teach his neighbor, and every man his brother, saying, Know the LORD, for they all shall know Me, from the least of them to the greatest of them, says the LORD. For I will forgive their iniquity, and their sin I will remember no more (Jer 31:31-34).

You see, the law that God gave us wasn't written on stones, it is written inside of us, it one with us. As Christians we are not trying to become something we are not. The Old Testament people didn't have eternal life, they were dead man, their nature was vile and decay. Then God gave them a standard to follow, God asked them to try to become something that they are not. It's like a goat trying to act like a lion. That's just what it is, and trying to act like a lion would be extremely difficult for it, the goat would have to do things that is not in it nature to do, it would be doing things that it doesn't even like. Such a goat would go through a lot of difficulty and will never be happy, for it will continue to struggle with itself. Do you see, the Old Testament people had to live a life of constant struggle, a struggle to become what they are not. Everyday of their lives, they had to put up this act, they had to act like they are righteous. Acting can be fun but when you have to spend all your life acting, you won't be an happy fellow. Yes, it is extremely difficult and it follows with a lot of struggling and hard work.

Christianity on the other is Sabbath, it is a rest from this hard work, an end to this struggling. God made us His righteousness (Rom 5:21) so that we would not have to act like righteous people, we would simply be righteous. The life of acting has ended for us Christians and we are not subjected to that hard work. We are called to rest, to simply be who we are, it is such a relief to be who you are, to be free to express yourself. It is freedom, it is fulfillment and happiness, it is life. Such happiness and sweetness is the reality of Sabbath, yes Sabbath has come for us Christians. But we defy the Sabbath when we live our rest to go act like the Old Testament people. Yes, we want to follow the bible but in ignorance we subject ourselves to such hardship and then we declare, "Christianity is too hard!".

No, what we are practicing at that moment is not Christianity, it is a perversion, a result of a corrupt mind. This is why Paul said, "I fear, least... your minds be corrupted from the simplicity that is in Christ." (2Cor 11:3). When your mind gets corrupt, being in Christ is no longer simple, Christianity becomes such an hard work for you and you are deprived of Sabbath. If Sabbath has been taken from you then you have gone out of true Christianity, you have entered into something ugly, something that is not God's plan for you. You must understand that the life God has given you as a Christian is far different from that lived by the Old Testament people, and you must strive for this greater life.