The Warlord Of Religion 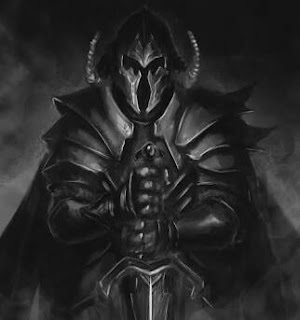 This is a warlord that have rule over men for ages. It's is a very powerful warlord and its grip on men is extremely strong. No matter how men try to break free from it they end up falling right into it trap. Religion has it root deep in the nature of man as a result man cannot escape it. Many of us may think religion is spiritual but it is not. It is an unholy mixture of spirituality and carnality, it is an hybrid, an abomination. It draws it power from human carnality, operate in the soulish realm and uses some spiritual influences. Religion is spiritual deadness, like the 'Walking Dead' who are not really alive but moves around like living people. True spirituality is life but religion involves a spirituality that is dead, it is a kind of life that is dead as a result it is an abomination. Death and life cannot mix and a deadness that seem to be alive is nothing but an abomination.

And so this ugly warlord attacked the Church at it very infancy and because the first Christians had little idea of what Christianity is they opened doors to it. But this warlord could not operate properly in the Church when the apostles were alive because of the presence of the Spirit of God among His people. Although the first Christians had little idea of Christianity yet their submission to the Spirit prevented religion from having any significant hold on them. One of the first major successful attack of this warlord on the Church can be seen in Acts chapter fifteen. God never wanted His people to have a written law, He wanted them to be guided by "the law of the Spirit of life in Christ Jesus" (Rom 8:2).

"But this is the covenant that I will make with the house of Israel after those days, says the Lord: I will put My law in their minds, and write it on their hearts; and I will be their God, and they shall be My people. No more shall every man teach his neighbor, and every man his brother, saying, ‘Know the Lord,’ for they all shall know Me, from the least of them to the greatest of them, says the Lord. For I will forgive their iniquity, and their sin I will remember no more.” (Jer 31:33-34).

The people of God were to learn to follow the law written in there heart but the crisis that erupt as a result of the attack of this warlord forced God's people to write a creed. It was a victory for the devil because little by little he had began to cause God's people to stop living by the Spirit of Christ and start living by a written creed, doctrines or laws. It is only religion that has written creed and a religious holy book.

Oh, may our eyes be open and may we see how deep we are in religion. Some of us try not to be religious but the truth is that we are so encapsulated in religion. Everywhere you look you see element of religion, in fact there is not a thing you can point to in Christianity that you won't find religion in it. Religion have buried us and the situation looks totally hopelss. But we can't accept defeat, for this is not our portion. Victory belongs to us, it had been given to us and we must take it by force.

We must turn against religion; stop serving religion, stop living and prospering in the land of religion. Yes we have many prosperous ministry in the land of religion, we have built synagogue in Babylon, we have established business in this land, we have married the women of this land, committed adultery with the daughters of religion. And from these women we have had children with religion running deep in there blood, we are raising a family in Babylon. This is UNHOLY and it must stop. Yes we must turn against this land and the ruler of this land - the warlord of religion. Look at us, we are satisfied with the synagogue we've built in Babylon. God doesn't want synagogue, He wants His temple. He wants us to return to Jerusalem and rebuild His temple, yes to build a temple that is far glorious than the former one because "The glory of this latter temple shall be greater than the former,’ says the Lord of hosts. ‘And in this place I will give peace,’ says the Lord of hosts.” (Hag 2:9).

When the Church had finally defeated the warlord of religion, return back to the land that God had given us and rebuild the temple according to the design of God then we would be far glorious than the Church in the New Testament. Yes, we would become far more powerful and glorious than the Church described in the book of Acts. But first we need to be awaken to the situation that we are right now and fight against religion with the weapon God had given us. We must bring the warlord of religion into ignominy and return back to true spiritual Christianity.