Christ Is The Visible Image Of The Invisible God 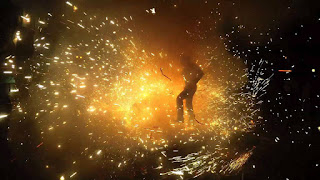 "who alone has immortality, who dwells in unapproachable light, whom no one has ever seen or can see." (1Tim 6:16).

No one can approach God, not even the angels. God makes Himself visible through the Son. Whenever they look and see God, what they are actually looking at is the Son. This is the role of the Son in the Godhead. Even while Jesus was on earth the Son was still in Heaven making God visible.

We must understand that God is omnipresent, he is everywhere at the same time, and Christ is God. When the Israelites were waiting for the Messiah there weren't waiting for "the Son of God", they were waiting for God Himself. But God cannot manifest (make himself visible) excerpt through the Son. The Israelites didn't have the theology of the trinity, all they know is that God will manifest (create an avatar of Himself) and deliver them, ruling them Himself.

For He is their king, he has always been their king, we can see all through the Old Testament. God has always been their king but when they asked for a have leader He gave them men to represent Him as king. But they know that someday He would come and rule by himself. They did not know that any such thing as "the Son" exist, it was God coming to rule His people. But whenever he makes Himself visible it is the Son. When He makes Himself visible by His word, that word is the Son (John 1-14).