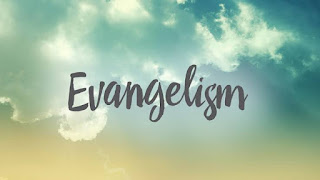 The word "gospel" is from the Greek word "evangelion". Evangelion is not a religious word but a military word and it is the proclamation of victory in war or/and the enthronement of a new ruler i.e when a battle is won or a new king had been enthrone people run out to declaring the good news, especially if the former ruler was a tyrant.

With that you can understand what the early Christians have in mind when they used the word "gospel" or "evangelist". The devil has been the ruler of the world and he had rule with fear, enslaving the people and subjecting them to affliction. But then God's anointed one came (the word "Christ" means the anointed one) and when the devil saw him he tried to put him to death, however that death led to his glorification and enthronement.

"But even if our gospel is veiled, it is veiled to those who are perishing, whose minds the god of this age has blinded, who do not believe, lest the light of the gospel of the glory of Christ, who is the image of God, should shine on them." (2Cor 4:3-4).

The former king, the god of the world, would not let people be aware that he has been defeated and a new king has taken the throne. There, Satan goes ahead to blind the people. He have already had them as slaves, so it is easy for him to force his will on them. He has now force them into blindness, covered them with a veil so that they won't see and be set free.

Christ is the Truth, only him can unveil himself, only him can tear through whatever veil, however powerful it might be. He is the one that tears veils, nobody else has such power.

"For who is powerful enough to enter the house of a strong man like Satan and plunder his goods? Only someone even stronger—someone who could tie him up and then plunder his house." (Matt 12:29).

It is only the one who is stronger than Satan that can go to his house and remove the veil from the eyes of the people he had enslaved. No man can do that, for the devil has all men under his power.

Jesus did not came from the sperm of Adam, and as a result the death of Adam's sin did not spread to him. He is not a slave to death, he is not subjected to it, and as such the devil has no power over him.

"I don't have much more time to talk to you, because the ruler of this world approaches. He has no power over me," (John 14:30).

Only Jesus can boldly make this statement, because only him is not born of Adam. No man can remove the veil that the devil has put in the eyes of the people, no man can help them see the good news. The evangelion can only be unveiled by Christ. He alone unveils the enthronement and glory of the new government.

So if you want to declare the good news and get people to see the evangelion then you must do it by Christ, and it must be Christ doing it through you. Anything apart from Christ cannot unveil the evangelion, it might unveil a teaching, a doctrine, a theology but not the evangelion.

To get the people to truly see that God's anointed one has been enthroned and he has started a new reign, a far more glorious one, then it must be Christ doing the evangelism. He is the one and only true Evangelist, any other Evangelist who is doing anything that has any true value is but a vessel of Christ.