The Church Is The New Israel 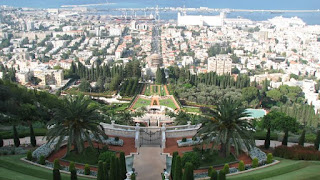 "And he carried me away in the Spirit to a great and high mountain, and showed me the great city, the holy Jerusalem, descending out of heaven from God,... Also she had a great and high wall with twelve gates, and twelve angels at the gates, and names written on them, which are the names of the twelve tribes of the children of Israel:... Now the wall of the city had twelve foundations, and on them were the names of the twelve apostles of the Lamb." (Rev 21:10,12 & 14)

"For in Christ Jesus neither circumcision nor uncircumcision avails anything, but a new creation. And as many as walk according to this rule, peace and mercy be upon them, and upon the Israel of God." (Gal 6:15-16)

When Jesus was on earth he specifically gathered twelve disciples. He had more than twelve disciples but out of those many disciples he select twelve for a purpose. This was because the tribes of Israel were twelve. Jacob had twelve sons and Jesus selected twelve men because he was trying to start a new Israel. This new Israel was to spring out from twelve men just as Israel came out from the twelve sons of Jacob. That is why the book of Revelation calls these disciples the foundation of the Church.

Now a new Israel had been constituted out from the twelve disciples. A people who God choose not because they are too obedience and faithful but because of the promise He gave to their Father. Yes, the Church was chosen because God promised Christ saying:

"And so he will see his descendants; he will live a long life, and through him my purpose will succeed. Out of that terrible travail of soul, he'll see that it's worth it and be glad he did it. Through what he experienced, my righteous one, my servant, will make many "righteous ones," as he himself carries the burden of their sins" (Isa 53:10b-11).

For the sake of Christ the new Israel was called an holy people, set apart for God. This is why Paul refer to one of the most sinful church he ever planted as "God's holy people" (1Cor 1:2). It is who they are, the Church is God's holy people no matter what.

Just as the old Israel was chosen because of the faith of Abraham (Gen 22:16-18), this new Israel was chosen on the ground of faith (Eph 2:8). The new Israel was delivered from the slavery and oppression of the devil by the mighty works done by God through Christ on the cross; where his soul was struck with the rod of God and water gush out from his side to drown the enemies. The new Israel was brought through suffering and travailing or groaning of their spirit into a glorious land - a land of rest (Heb 4:3,10).

God has chosen a new people - a people He would love no matter how many times they disobey Him, set idols in their heart, marry women from the other nations, kill His prophets and follow the ways of the world. This new Israel is the wife of God and God would never divorce her despite how unfaithful she is, or how she commit adultery with the world and frequently get drunk with sin and unholiness.

No matter how many times she persecute and kill His prophets, God would never give up on her and He would keep sending His prophets until she has make her way straight before Him. He would ensure that He fulfill His promise by giving her His kingdom unto eternity.