God's Judgment On His People 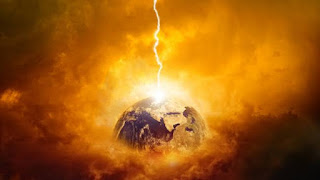 How does God judge His people? To understand that we must look at the nation of the Israelites. The Ecclesia is the new Israel; the spiritual reality of God's people. By looking at the shadow (the Israel of the flesh) we can gain understanding on how God deals with a people that is His.


"This day I will begin to put the dread and fear of you upon the nations under the whole heaven, who shall hear the report of you, and shall tremble and be in anguish because of you.’" (Deu 2:25).

"“I will send My fear before you, I will cause confusion among all the people to whom you come, and will make all your enemies turn their backs to you." (Exo 23:27).

This is what God does to His people, He makes their enemies fear them. The fear makes it easier for God's people to advance, defeat their enemies and establish God's kingdom. Even after the Israelites settled in Canaan and left some of their enemies to live among them these enemies did not trouble them because they feared the Israelites, the dread of God was in their hearts.

"After that generation died, another generation grew up who did not acknowledge the Lord or remember the mighty things he had done for Israel. The Israelites did evil in the Lord’s sight and served the images of Baal. They abandoned the Lord, the God of their ancestors, who had brought them out of Egypt. They went after other gods, worshiping the gods of the people around them. And they angered the Lord. They abandoned the Lord to serve Baal and the images of Ashtoreth. This made the Lord burn with anger against Israel, so he handed them over to raiders who stole their possessions. He turned them over to their enemies all around, and they were no longer able to resist them. Every time Israel went out to battle, the Lord fought against them, causing them to be defeated," (Judg 2:10-14).

The Israelites could no longer resist their enemies, the Lord fought against them, causing them to be defeated. This is what happens when God's people anger Him, He withdraw His protective shield around them, remove the fear He has put in the heart of the enemies and cause them to attack. It usually starts with raiders coming to steal their possessions and their food.

"The Israelites did evil in the Lord’s sight. So the Lord handed them over to the Midianites for seven years. The Midianites were so cruel that the Israelites made hiding places for themselves in the mountains, caves, and strongholds. Whenever the Israelites planted their crops, marauders from Midian, Amalek, and the people of the east would attack Israel, camping in the land and destroying crops as far away as Gaza. They left the Israelites with nothing to eat, taking all the sheep, goats, cattle, and donkeys. These enemy hordes, coming with their livestock and tents, were as thick as locusts; they arrived on droves of camels too numerous to count. And they stayed until the land was stripped bare. So Israel was reduced to starvation by the Midianites." (Judg 6:1-6).

The raiders take away the wealth that God has given His people and their food too, leaving them to starve and begin to feed on junk. Do you see this same pattern in the body of Christ. When the Ecclesia was born there was great fear in the heart of carnal man and He cannot touch God's people.

"But there was a certain man named Ananias who, with his wife, Sapphira, sold some property. He brought part of the money to the apostles, claiming it was the full amount. With his wife’s consent, he kept the rest. Then Peter said, “Ananias, why have you let Satan fill your heart? You lied to the Holy Spirit, and you kept some of the money for yourself. The property was yours to sell or not sell, as you wished. And after selling it, the money was also yours to give away. How could you do a thing like this? You weren’t lying to us but to God!” As soon as Ananias heard these words, he fell to the floor and died. Everyone who heard about it was terrified. Then some young men got up, wrapped him in a sheet, and took him out and buried him. About three hours later his wife came in, not knowing what had happened. Peter asked her, “Was this the price you and your husband received for your land?” “Yes,” she replied, “that was the price.” And Peter said, “How could the two of you even think of conspiring to test the Spirit of the Lord like this? The young men who buried your husband are just outside the door, and they will carry you out, too.” Instantly, she fell to the floor and died. When the young men came in and saw that she was dead, they carried her out and buried her beside her husband. Great fear gripped the entire church and everyone else who heard what had happened." (Acts 5:1-11).

Great fear gripped the people, they dear not express the carnal man in the land of God's people. They strive to keep the carnal man behind the boundaries; the enemy must not cross the line. God has put His protective shield around the Ecclesia, no form of darkness could cross. But after the generation of the Apostles died, "another generation grew up who do not know the Lord" (Judg 2:10).

And the next thing we see is the raiders, they came and began to raid the Ecclesia until the gifts of the Spirit disappeared, miracles were no longer seen in the body of Christ. In fact Christians began to believe God does not do miracles anymore, and that the gifts of the Spirit died with the apostles. The raiders continued until sound doctrine gradually disappeared from the body of Christ.

The Pope had risen, the Catholic Church is predominant and God's people had lost the gospel. The Ecclesia was reduced to a religion, resembling that of the pagan people. God's people prostituted themselves with the pagan traditions, culture, and ideologies. They have been taken captive into the land of carnality.

"Then the king of Assyria invaded the entire land, and for three years he besieged the city of Samaria. Finally, in the ninth year of King Hoshea’s reign, Samaria fell, and the people of Israel were exiled to Assyria. They were settled in colonies in Halah, along the banks of the Habor River in Gozan, and in the cities of the Medes." (2King 17:5-6).

Part of God's people were taken to captivity, some still remain in the land but yet they have lost their identity, their wealth, their temple, their food, they are left in desolation. Even till today, can't you see how poor the Ecclesia has become? Many of us are feeding on junk (dangerous and harmful doctrines). We are lost in sin and all kinds of perversion, even our leaders are not speared.

The Judgment of God becomes more and more fierce the further we deviate from the covenant. We keep inviting the wrath of God in our actions. We must repent and appease God. But what can we do to appease God? Christ — yes, Christ is the one thing that pleases God. We fall in judgment when we drift away from Christ.