The Rock That Smashes 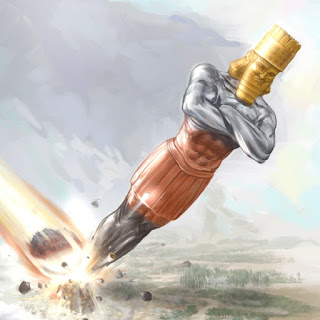 ... I am talking about a fierce attack upon the minds and hearts of the people in the world.

"As you watched, a rock was cut from a mountain, but not by human hands. It struck the feet of iron and clay, smashing them to bits... During the reigns of those kings, the God of heaven will set up a kingdom that will never be destroyed or conquered. It will crush all these kingdoms into nothingness, and it will stand forever." (Dan 2:34, 44).

A rock cut not by human hands, a rock that is utterly Christ, that has no foreign thing but Christ. That very pure and holy rock that has not be defied by the hands of man, that rock comes to strike and smash and crush. Do you see this is a very violent and fierce attack? The rock was not petting the statue, it impacted it very hard and crushed it. This is what happens when holiness spreads, it comes very hard, crushing the power of darkness and the law of death and evil. Can't you see how hard the law of death and evil is spreading, the way it is imposing itself on people? Whether they like it or not, it presses itself against them till it possesses their minds and hearts.

There is a battle out there, a fierce battle. Everywhere you turn you see the laws of perversion and evil trying to penetrate into you. You try to resist but it is just everywhere, you turn on the TV it is there, you browse the internet it just keeps popping up, you run outside to take a walk and someone is playing a music and there it is again fighting to invade your mind. There is no where you can go to for escape, you just can't shut yourself out of the rest of the world, it is just not possible, but you realize the more you interact with the world the more these things are trying to possess you.
Yes, there is a war out there, it is time we recognized it, it is time we put up a fight. You think we are going to win by locking ourselves in our massive church building? No, that will do nothing for us, we need that rock cut not with the hands of man; it is a rock that impacts, that smashes and crushes.

We need to stop running and hiding like rats, we need to start doing some smashing. Let us become filled with Christ and let the one that fills all things with himself begin to fill all things through us. Yes, when he fills us with himself and begin to pour right out of us, spreading into everything we touch, we would realize that everything we do is reflecting the principles of Christ. And these principles begin to impose itself against the world in such a way that it is attacking people's minds, bringing their knowledge and thoughts into the obedience of Christ. Let me quickly show you Paul's words concerning this.

"For the weapons of our warfare are not carnal, but they are mighty before God for the overthrowing and destruction of strongholds, refuting arguments and theories and reasonings and every proud and lofty thing that sets itself up against the [true] knowledge of God; We capture every rebellious thought and bring them into the obedience of Christ." (2Cor 10:4-5).

Can't you see the publicity of rebellious thoughts and knowledge that are against the knowledge of God. They are everywhere being publicize, in the movies you watch, in the news, in music, in the social media, everywhere. Suddenly carrying guns and shooting them at people has become a desirable thing. Fighting, being aggressive and causing destruction has become a thing to aspire to. Corruption, doing just any vile thing to get money has become wisdom and smartness. Even down to pornography, gay and all forms of perversion has become a normal thing, a trend, a fashionable thing. All these are being sold out to us, they are being forced down into our minds, we cannot but to embrace them as the new reality.

No, these things must not become the reality, this is why we have a weapon that is so mighty in God. One that can be used to overthrow and destroy all those knowledge, those rebellious thoughts being force down into people's minds. We really need to learn warfare, we cannot win by trying to hide ourselves, waiting for Jesus to come and rescue us. We are to fight, to impact, strike and crush. God has established the Ecclesia here for this very reason, we are the rock that smashes, how can we be hiding? We don't know who we are and we have not really become what we are. We have become contaminated with the hands of man, no we can't have that anymore. We need to be clean, to be purged of every impurity, to be filled with Christ our Holiness. When that happens then we would truly become that rock and we would regain our smashing ability.

Yes, smashing and smashing, impacting, hitting hard, till the principles and the person of Christ penetrate into people's mind and bring their rebellious thoughts to captivity unto the obedience of Christ. We are to engage the world, attack every mind and bring down the stronghold that the ruler of this world has put there. Oh, may we truly become what we are; may we become that stone that smashes.

This is an excerpt from my book; The Procession Of Holiness 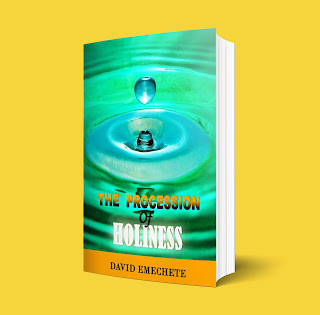