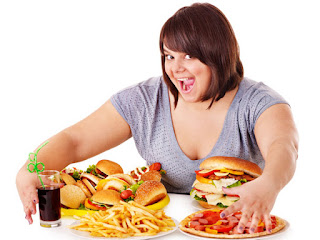 The flesh is always wanting, always desiring, no matter how much you feed it, it would never come to the point of satisfaction, for it only knows how to want more, how to consume. So why feed that carnal man at all, why allow him touch anything or taste anything, what is the essence of yielding to his hunger and giving him anything to consume. Starve him to death, yes that is what he deserves. Starve him to death, bear that hunger, resist that craving till the carnal man in you starve to death.

The Christ in you is longing to spend more time with the word of God, hungry for more of the word of God and you are bearing that hunger, starving him in order to go feed the carnal man. After he had suffered and died for you on the cross, you would now begin to subject him to more suffering, denying him of the things he hungers for, abandoning him to starve to death just so you can go feed a man that would never get satisfied. Are you that heartless and foolish. Do you even have a conscience or are you too foolish to know the right thing to do.

You can't feed them both and get them fatten, one would have to starve for the other. The carnal man has done nothing good for you, all he has given you is death, always putting you in trouble, causing you to do vile, perverse and ugly things. He has rubbed you with mud, put shame upon you and display your shame for others to see. Look at you being mock by your fellows, even your conscience is mocking you.

Such shamefulness has he given you and yet you would continue to feed him! Why are you acting like you have no choice, have you forgotten you are freed on the cross. You keep acting like a slave when you are already free. Look, do not let the devil deceive you, the carnal man has no right to demand anything from you, you are not a slave to your flesh.

This is the fasting we have in Christ, the fast of abandoning the carnal man in starvation, that Christ might be tended to. He is all that matters, he is the only one that needs your attention and care. So bear that hunger, I know it can be difficult to resist but you must, you cannot allow the carnal man have a taste, no not a single taste. He must be denied of every of his cravings and starved till he is completely reduced to nothing.

Yes, you can come to a place where he has no hold over you again, you might still feel his cravings but it is just too weak to apprehend you or bring you to obedience. Do this and enjoy the freedom that you now have in Christ.