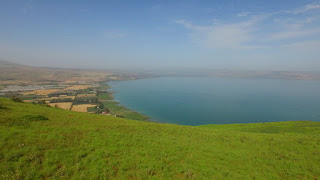 The author of the book of Hebrews was comparing rest in the promised land of the Old Testament people to rest in Christ for the New Covenant people. Just as they struggled and fought to have the land and enjoy God's rest in it, we must also labor and fight to have the fullness of Christ and find rest in him. Again, in the spirit all these things are already perfected. The struggling and laboring only exist in the flesh; we are fighting in order to have this reality manifest in our flesh. We not only fight to have the land, we also fight to expand and keep it.

"As you watched, a rock was cut from a mountain, but not by human hands. It struck the feet of iron and clay, smashing them to bits. The whole statue was crushed into small pieces of iron, clay, bronze, silver, and gold. Then the wind blew them away without a trace, like chaff on a threshing floor. But the rock that knocked the statue down became a great mountain that covered the whole earth." (Dan 2:34-35).

The rock struck the works of the devil; every of his strategies, his struggle and resistance, struck and crushed by the rock, and then this same rock continues to grow till it covers the whole earth. This is what we are here for, to crush the resistance of the devil, to bring him to his knees and expand Christ, allowing him fill all things, and cover the whole earth. Can't you see our mission right before you, we are soldiers at war, we are a people, an army, organized to take down the resistance, and continue to spread till Christ fills everything.

An excerpt from my book — Christ; The Christian Spirituality 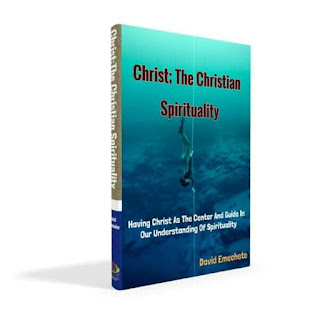