Dominion Over Our Flesh 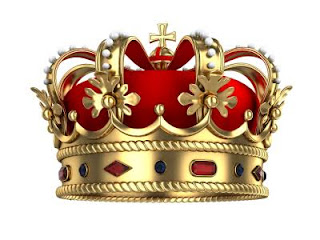 By flesh I am referring to both our carnal nature and our physical human body, together with our hearts and emotions (just everything that has to do with being human).

Firstly we were born as Adam, but then we met the Lord and was born again from above. We were born again not of flesh or anything earthly, we were born heavenly as a people of the second Adam, the new man, the one who transcends all that is earthly.

"And hath raised us up together, and made us sit together in heavenly places in Christ Jesus:" (Eph 2:6).

We were raised together with this second Adam to be seated with God in the heavenlies. The first Adam was created to have dominion over all that is earthly, he failed. Then came the second Adam, conquering the flesh, the devil and his power—death. And now we are seated in him, on the throne of victory, a throne far above that which is flesh and earthly.

"bringing into captivity every thought to the obedience of Christ;" (2Cor 10:5).

The animals rebelled against him and started devouring man. The plants also rebelled; some became poisonous and some grew thorns and spike to harm man. Even Adam's flesh rebelled against him, it enslaved him and started ruling him. This is how low man stripped as a result of death, but Jesus came to redeemed man. By regenerating our spirit, he made us to sit above all things, restoring us back to live and giving us a greater dominion than that which Adam lost.

Don't allow yourself be ruled by your emotions, even your innate traits shouldn't rule over you anymore. You are no longer that old person, you have become a new creation, old thing are pass away. You are a new man born from above. Stop giving silly excuses such as, "I am just a man... That is just the way I am, it is in my traits, my father is also like that, there is nothing I can do about it".

Yes, your father gave birth to a person, and this person has all these short comings and weaknesses, but this person is dead. You died, and now a son was born in heaven and it possesses this body. You are that son, you are not a slave to your body. The way Christian acts, it's like an alien movie, where the aliens came and possess human bodies, but then they get so overwhelmed by the emotions and life of that human they possess that they forget they are alien.

Rather than possessing the body, the body end up possessing them, it override their nature with its own nature and start ruling them. I don't know why we think it is normal to be rule by the nature of your body? You are not that flesh anymore, that person with that character and that nature died, and you were born from above and you possess this body.

You are a completely different person, do not allow the flesh you are meant to rule possess you. No, it is not meant to possess you, you were meant to possess it and bring it to obedience to Christ. You are one with Christ now, your true nature is Christ, everything about you is Christ, so bring this flesh to the obedience of who you really are. Reign in this flesh and don't let your body reign over you.

I didn't plan this post to be this long, but the vexation of the Spirit against this enslavement is much. May you walk in victory.
Posted by David Emechete at 12:21