Power To Crush The Rebellion 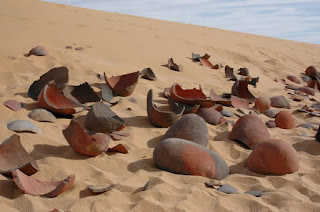 Even man's flesh rebelled against him and made him a slaved in his own body. His mind rebelled against him and he is no longer in control of his own thoughts. His heart went a stray and begin to want things, lusting after carnal things, he becomes a slave of his own emotions. Then Jesus came and gave us authority not just over the earth but over the heavens, and you think you cannot bring that rebellious thought, feeling and habit to obedience and conformity to Christ!

"We destroy every proud obstacle that keeps people from knowing God. We capture every rebellious thoughts and teach it to obey Christ." (2Cor 10:5).

"For we are not fighting against flesh-and-blood enemies, but against evil rulers and authorities of the unseen world, against mighty powers in this dark world, and against evil spirits in the heavenly places." (Eph 6:12).

You have been given the power to crush every rebellion on earth and in the heavens. If you can't crush the rebellion in your members, how then would you be able to crush the rebellion in the heavenlies? If you can rule over your members, how then will you be able to rule and reign with Christ? We must begin to learn eternity now, for we have been given eternal life. Christ did not eradicate the enemy because he wants us to learn how to wield authority and power. You must learn how to rule with a iron rod, crushing and smashing every rebellious.

"You will break them with an iron rod and smash them like clay pots." (Psa 2:9).
"that one 'will rule them with an iron scepter and will dash them to pieces like pottery' --just as I have received authority from my Father." (Rev 2:27).

This is what the Lord is training us to become, and if truly you are in fellowship with the Spirit, you will be growing towards this path. You will grow to learn to wield the authority you have been given, and you will use it to crush every rebellion, starting from your members.
Posted by David Emechete at 19:57