The Forgotten Land Of Sabbath 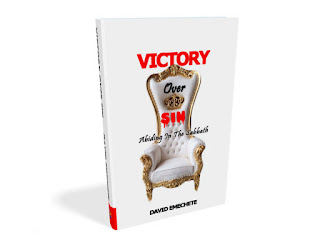 "So don’t let anyone condemn you for what you eat or drink, or for not celebrating certain holy days or new moon ceremonies or Sabbaths. For these rules are only shadows of the reality yet to come. And Christ himself is that reality." (Col 2:6-7).
“If that had been necessary, Christ would have had to die again and again, ever since the world began. But now, once for all time, he has appeared at the end of the age to remove sin by his own death as a sacrifice.” (Heb 9:26).
“And you know that Jesus came to take away our sins, and there is no sin in him. Anyone who continues to live in him will not sin.” (1John 3:5-6).

Although in the spirit we are already in this Sabbath yet we must labor to experience it in the flesh and in our everyday life. Unbelief and laziness are the things that will prevent us from entering into the Land of Sabbath. Just as the Israelites saw how huge the men of the land of Canaan were and they began to doubt if God’s word is true when He said He would give them the land, so also have many Christians look at sin and it stronghold, and then they begin to doubt if God actually knows what he is saying when He said Jesus died to set us free from sin and now the sons of God cannot sin (John 3:19).

We have chosen to dwell in unbelief and we continue to spread this unbelief, teaching it to our children. Now, generation after generation do not know Sabbath, it has become a forgotten city, a myth. Yes, when we talk about this land we speak of it has a myth, nobody truly believe it. It sound goods to the ear, but our logic tells us it is not possible, it is nothing but a myth. We see these scriptures in the bible, and we nod our heads in agreement to it, but we do not believe it, we have refuse to believe it, it’s just doesn’t make sense to us, the Land of Sabbath has become forgotten, it is nothing but a myth.

This is an excerpt from my book, "Victory Over Sin"
Posted by David Emechete at 10:12