Demonstrating The Glory And Greatness Of The Victory 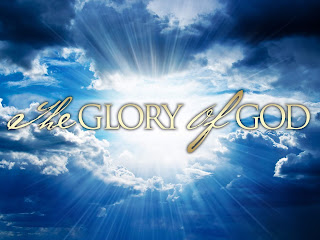 The Greek word 'evangelion' is the word translated as gospel in the English bible. Evangelion literally means good news, however in ancient Greek before much linguistic evolution the word wasn’t an everyday word, rather it was a military word. Evangelion was used to refer to a proclamation of victory in war or/and the enthronement of a new ruler i.e. when a battle is won or a new king had been enthrone the witnesses of this event would go out to declare the good news of the kingdom. They would declare how this great man appeared out of nowhere, defeated the tyrant king and took over the throne—it is indeed a good news.

The good news was not meant for converting people neither was it meant to make people aware of a religion. It is simply a proclamation to bring into awareness the victory and the enthronement of a new king. So a good witness is one who would describe and demonstrate the greatness and glory of this victory in such a way that the people would become so stricken with awe and fear that they tremble and fall on their knees at the greatness of the power of this new king, they fall in utter surrender and submission to his reign. The goal of a battle is to demonstrate strength, and through victory, the victor demonstrates his glory. And when the people behold the strength (greatness) and glory of the victory they bow their knees and surrender to his power.

The man comes and demonstrates his power and glory, and this causes people to fall on their knees and bow to him. God wants to demonstrate the glory and greatness of the victory on the cross. I gave an example of an inventor who made this wonderful invention and place it on the platform, but people cannot appreciate it or understand its value until he demonstrates that invention to the people. Here we see a man die on the cross so shamefully, and then they tell us it is a victory. How is it a victory? And what is the value of this victory? Its glory needs to be demonstrated so that they may know that this is the greatest victory in all of eternity. God wants to demonstrate how great this victory is. And I have also explained that the light of glory best shines in darkness. The thicker the darkness, the brighter light shines, and God has a habit of giving more light where darkness is growing.

“For, behold, the darkness shall cover the earth, and gross darkness the people: but the LORD shall arise upon thee, and his glory shall be seen upon thee.” (Isa 60:2).
“The law was brought in so that the trespass might increase. But where sin increased, grace increased all the more.” (Rom 5:20).

As sin is increasing, as the world is getting more evil, as the darkness grows thicker and thicker that is when the Lord arises with the light of His glory and causes it to shine brighter. By demonstrating glory in the midst of darkness it causes the glory to appear more glorious. For example:
Which is more glorious, a man living very holy in a monastery filled with holy people or a man living so holy in the midst of prostitutes, thieves, liars, and all kinds of perverse people?

Isn’t it glorious when at a time of great depression and farming there lies a people flourishing as if not affected at all by the surrounding light, a very small group of people lending wealth to nations?

Such kind of glory will cause people to be stricken with awe and fall on their knees to bow to the power responsible for this. Whether or not they give themselves in surrender to this power, as long as they acknowledge its greatness then we have truly been a witness. We are called to demonstrate the glory of the victory over sin, evil, depression, pain, sorry, lack, sickness, hate, and every fruit of death. God’s desire is to have a people that would demonstrate this, and that is what we are. Even now as the world grows darker and evil increase God will cause his glory to shine brighter through us. Christ has won the victory, our job is to be a people that demonstrates the glory and greatness of this victory.

This is an excerpt from my book, THE FELLOWSHIP OF THE MYSTERY; The ecclesia according to God's eternal thoughts. 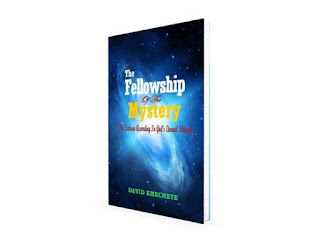