From Church Back To Ecclesia (part 1); The Real Word 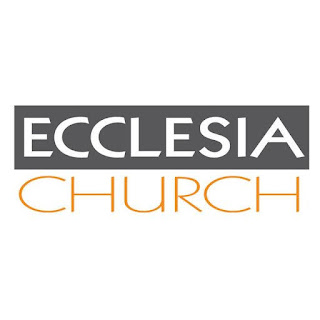 You will notice my use of the word ecclesia and you may be wondering what it means? If you ask an average knowledgeable Christian what ecclesia means he might tell you that it is the Greek word for Church. Well, that is very incorrect. Ecclesia is an English word not a Greek word, and it does not mean Church. In fact, it meaning has no relationship with the word Church. Ecclesia means, “the assembly of the called out ones”. While Church means, “house of the Lord”, or based on how it was used, “house of worship”.

So how do we settle this conflict and have one bible translation that would be accepted by all the English men? That was the problem King James the first, was faced with. As a King it was is responsibility to ensure peace in his nation, so in 1604, a conference was held in Hampton Court, attended by the most brilliant minds in the kingdom. They came up with the idea of making a new English translation, one that would unit both parties. So concerning the two English words, ‘Church and Ecclesia’, Protestant hated the word Ecclesia because that word has been redefined over centuries of the diffusion of man’s tradition and politics into Christianity.

The word now means the Pope and his power over the body of Christ. Protestant just broke out from under the Pope, and they hated the Pope, they hated the idea that he has power over the whole body of Christ, and the word Ecclesia re-enforces that power as at that time. So along with the hatred of the Pope the protestant hated the word Ecclesia. The way it was seen those days, the Pope is the king and the ecclesia is his kingdom. As long as you are part of the ecclesia you are under his power. The Protestant didn’t want anything to do with that, they would not called themselves ecclesia, they rejected the word.

Now there is nothing wrong with the word, the tradition of man corrupted it and made the word into something that it is not. But the Protestant hated it, they don’t want it in the bible even though it is actually the right word. They preferred words like assembly, congregation or even congress. The Conservatives on the other hand would not accept the words preferred by the Protestant, they wanted Ecclesia. King James was to make a decision, something that both parties would accept. The word Church was something that was largely in used by the English people, but it was used to refer to the building where Christian worship is carried out, as the word literary mean, “house of worship”.

So King James was like, “hey, since everybody likes and used the word church, why not use the word to replace ecclesia in the bible”. Right there a decision was made and this was enacted as one of the 15 rules in translating the KJV bible. For those who say Ecclesia is a Greek word. We must understand that many English words were adopted from other languages such as Latin, Spanish, Garman, French and Greek. They were adopted into English but they are not the same as the original words. Ecclesia is not Greek, it is ekklesia that is Greek, you should notice the difference.

Fine, you can refer to that building where Christian go to every Sunday as Church. Very correct, it is church, it is a house of worship, but the people is not the church, they are the ecclesia, the building is the church. I have often hear statements such as, “We are the Church”, no we are not the church, we are the ecclesia, it is a building that is church. Well, you can do your own research, but most of what is out there does not go deep on the English word ecclesia. You will only find things about the word church, or the Greek word ekklesia, but little on the difference between ecclesia and ekklesia, I would address more on that in the part two of this post.

Note: What I have written here is drawn from my up coming book, “The Fellowship Of The Mystery”, there I explained in detail why this difference in the words matter a lot.