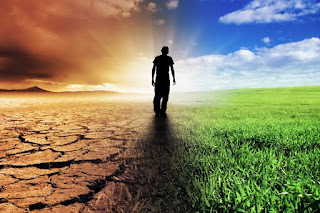 If you haven’t read the first post of this series please do. In the first post I explain that the devil only rule the world using the power of death (not physical death). And when Jesus wanted to set us free he didn’t attack the devil, he focused his attack on death. Jesus attack was focused on death not the devil, therefore our focus should be on attacking death. I ended the post by stating, “Oh, instead of saying, ‘die, die devil’, we should be saying, ‘die, die death’”. The question now is, how do you kill death? The only way to kill death is to introduce life. Death and life are like light and darkness. Where there is no light there is darkness, and darkness can only be absent in the presence of light.

Just as to eliminate darkness one must switch on the light, so also when you want to eliminate death just bring in life. This is the reason Jesus said, “I have come that they may have life, and have it to the full.” (John 10:10). The more life they have the less death would remain in them. To eliminate death from our members we must become full with life. And once we have become full of life the devil would have no power over us at all.

There was nothing belonging to the ruler of world in Jesus’ life so he has no claim over Jesus, he could not subject Jesus to his reign, he became powerless in the life of Jesus. In fact, of Jesus was beyond his reach, he could not touch him or harm him in anyway. He has no right over Jesus, so he couldn’t do anything in Jesus’ life. The devil can only influence your life when he has something in your life, something belonging to him. His level of influence in your life depends on how much death he has in you, how much death you have been yielding to, for the power of the devil his death.

Yes Jesus dead and gave us victory, but when you harbour something of the devil inside you then he has some kind of right to do some things in your life. That’s just how spiritual authority works, in fact it is the same in the natural world. No matter how independent an organization is, if it owes debt to some other organization then they would have some level of power or influence in the affairs of that organization. You cannot be claiming authority when you are nurturing something of the devil inside of you. Yes you can use the power in the name of Jesus and the devil would flee, but he would still come back because you still owe him, there is something of his inside of you.

The more death he has in you, the more he is able to exercise power over you, and if indeed you have so much death in you then you have much to fear. Prayer does help, but the death inside of you will always bring you back at the mercy of the devil. What you really need to fight is death, and you fight death by pursuing life. This is why I keep emphasizing on life, it is the most important thing, and it should be your highest pursuit right now.Yes, we should be on a vigorous hunt for Life.