Life And Death (1); The Real Enemy Is Death 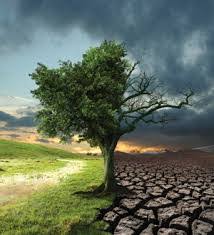 I have been emphasizing a lot about fixing your eyes on Jesus. But for us humans it’s difficult because how can you look away unto Jesus when the devil is like a lion trying to devour you? How can you look away from a vicious and hungry lion, and just act like everything is fine, allowing yourself get lost in gazing upon the face of the Lord? The power of fear would not allow you look away, much less concentrate your gaze upon the Lord. But when you understand the power of the devil, his boundaries, and how he cannot hurt you then it would be easier for you to look away from all his threat and activities, and focus your gaze on the Lord.

“It is true that through the sin of one man death began to rule because of that one man.” (Rom 5:17).

Adam was the one given dominion to rule in this world, but he lost that dominion to the devil through sin. According to the scripture I quoted above when Adam sinned death began to rule, it’s not talking about physical death. God told Adam that he would die if he eat from the tree of the knowledge of good and evil (Gen 2:17). Adam died immediately he ate from that tree, and death began to rule the world that man was meant to rule. It is death ruling not the devil, the devil is only ruling through death. The devil is ruling the world indirectly through death.

“But there is another power within me that is at war with my mind. This power makes me a slave to sin that is within me.” (Rom 7:23).

There is a power causing him to become a slave to sin, but what might this power be? In the next verse he gave us a clue what this power is, “What a wretched man I am! Who will rescue me from this body that is subject to death?” His body is subjected to death, it is the power of death that has made man a slave in his own body. The power of death brings him captive and causes him to obey sin, the power of death is the one ruling him. The power of death do not just subject man to obey sin, it also subject man to obey all the wrong, perverse, and even foolish things. It causes man to be easily manipulated by the devil, following any thought and suggestion the devil puts into his head. Man wants to do the right thing, but death would not let him, it is always fight with his will, trying to make man a slave in his own body.

Come to think of it, death is the inability to express yourself in your own body. When a person is physically dead, his soul or spirit still wants to express itself, but he is incapable of expressing himself through that body. That is how spiritual death is, it doesn’t allow one to express himself in his own body, he becomes a slave in his body, it is other things such as sin and perversion that would find expression in that body. Death rules over man, and he is constantly fighting the power of death, trying to rebel and gain some level of freedom.

The devil knew that once man dies he would lose his freedom to express his own will and then the devil can come and impose his will on man, reigning over the whole world. Once man dies he would become a slave in his own body, easily manipulated and controlled. The devil is only ruling the world because man is dead, if man is alive the devil would never have any power to become the ruler of the world. So the real problem here is death, the devil has no power. It is death that has made the devil so powerful, our real enemy is death, the devil is nothing. Any supernatural power that the devil has only works on man based on the death that is in him. This is why Jesus didn’t worry about destroying the devil, he is just a barking dog with no teeth. Rather than destroying the devil Jesus destroyed death because that is the real problem.

“The thief comes only to steal and kill and destroy; I have come that they may have life, and have it to the full.” (John 10:10).

Can you see that Jesus didn’t even concern himself about the thief? I mean, based on logic, the best way to save us is to kill this evil thief that is causing us so much trouble. But Jesus didn’t worry himself about the thief, he has no power, he is nothing. The only thing giving the thief power is death,whatever supernatural power the devil has it can only work on man based on the measure of death in him. Once death has been removed the thief would be kicked about like a rag, he would be the one being tormented.

Death is the problem, that is why Jesus said, ‘I come to give life till you become so full with life that there is no more room for death in you’. In essence Jesus was saying, ‘I come to kill death, to exterminate it in your member.’ No, he didn’t come to kill the thief, it is death he came to kill, that should tell us something. The devil is nothing, our real enemy is death, it is death we should focus on eliminating just as Jesus focused on eliminating death. Oh, instead of crying, “die, die devil”, we should be crying, “die, die death”.