The Reconciliation Of All Things 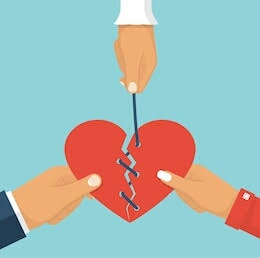 I have talked a lot about Christ filling all in all, but before he can fill a thing with himself, he needs to first reconcile that thing to God. It is after reconciliation that the work of filling all would proceed.

"And in the same way, he sprinkled blood on the Tabernacle and on everything used for worship. In fact, according to the law of Moses, nearly everything was purified with blood. For without the shedding of blood, there is no forgiveness. That is why the Tabernacle and everything in it, which were copies of things in heaven, had to be purified by the blood of animals. But the real things in heaven had to be purified with far better sacrifices than the blood of animals." (Heb 9:21-23).

"And God purposed that through him [Christ] to reconcile to Himself all things, whether on earth or in heaven, making peace by the blood of his cross." (Col 1:20)

"And all things are of God, who hath reconciled us to himself by Jesus Christ, and hath given to us the ministry of reconciliation;" (2Cor 5:18).

"For the creature was made subject to vanity, not willingly, but by reason of him who hath subjected the same in hope," (Rom 8:20).

All things subjected to vanity, lost without a purpose, in need of salvation. And He sent His son to reconcile all things back to Him. First the Son would die and provide the blood that would purify all things, then he would give his body the work of reconciliation to go into the world reconciling all things back to God and filling them with Christ.

"The heavens declare the glory of God, and the sky above proclaims his handiwork. Day to day pours out speech, and night to night reveals knowledge." (Psa 19:1-2).
"For what can be known about God is plain to them, because God has shown it to them. For his invisible attributes, namely, his eternal power and divine nature, have been clearly perceived, ever since the creation of the world, in the things that have been made. So they are without excuse." (Rom 1:19-20).

Okay, this might still leave some people scratching their heads, wondering what I am trying to communicate. Let me make it simple for you. If you look at the kind of apps, videos and files in a person's phone you can get an idea of who that person is and the kind of life he lives, his phone is an expression of him. If you should look at at the kind of car a person uses and the architecture of the house he built, you can get an idea of the nature of that person, his house and car is an expression of him. And when you look at how a person conduct his business you might learn more about the nature of the person.

Everything in his life is an expression of him, but the moment he became born again he died and it is not longer him living, it is no longer his life being expressed but Christ who is the visible image of the invisible God, the revelation and the unveiling of the attribute of God. From that moment everything begins to change in that person's life, the way he conducts business changes, for he is no longer expressing himself but God. His business which was once alienate from God, a mere expression of a fallen man would now become an expression of God as it has been reconciled to God. Same goes with every other thing in his life. When the man becomes filled with Christ, it is only natural for every other thing in his life to be filled with Christ.