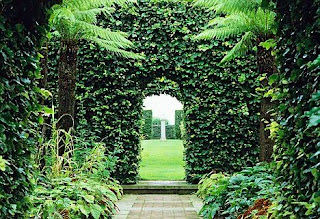 "After that the end will come, when he will turn the Kingdom over to God the Father, having destroyed every ruler and authority and power... And the last enemy to be destroyed is death." (1Cor 15:24, 26).

In the books of the gospel we see how greatly the Kingdom of heaven was manifesting in Jesus's life. I mean, supernatural healing, supernatural multiplication of food, money from a fish mouth, and acts that defies the laws of physics, such as walking on water. This man was existing in another reality, now imagine what happens as this man becomes a community. And rather than having heaven manifesting in the life of a single person, we then have it manifesting in a whole community. Imagine what it would be like to be in that kind of community where the food miraculously multiples, people are walking on water and defying the laws of physics, and supernatural healing is happening everywhere. Imagine existing among a people who could only express love, joy, peace, wisdom and all the nature of this loving God. Imagine being surrounded by a body of believers who have attained the fullness of life.

“He who descended is the very one who ascended higher than all the heavens, in order to fill the whole universe. So Christ himself gave the apostles, the prophets, the evangelists, the pastors and teachers, to equip his people for works of service, so that the body of Christ may be built up until we all reach unity in the faith and in the knowledge of the Son of God and become mature, attaining to the whole measure of the fullness of Christ.” (Eph 10-13).

First that scripture says the reason why Jesus came to earth, descended even further into the grave, only to ascend again above all things is so he might fill the whole universe. And rather than going further to explain how he would fill the universe, that scripture focuses on how he had arranged to get his body filled to fullness. This is because the filling to fullness of the universe is met for his second coming, but the filling of his body is a job for this age. And in order to get this job done he had given us apostles, prophets, evangelists and the rest, so that they can equip the body in order for her to be mature, attaining the fullness of the life (Christ). When this happens then we would have the Kingdom of heaven in full manifestation among the body of Christ. Anybody who walks into the body would see heaven in full manifestation on earth. In fact, it would feel like walking into heaven, as the whole place would be filled with the supernatural, accompanied by love, joy, peace and holiness.

Do you see how glorious it would be when we as a community of believers grow in the fullness of the life? By pursuing this growth in life we are pursuing the manifestation of heaven on earth, because the more we grow in the life, the more heaven would manifest in our midst. And this is what we are called to do—to pursue life—for Jesus came that we might have life abundantly and fully. This is what we should put all our effort in doing, we should never rest or settle till we attain the fullness of life.