Increase In Knowledge (1); The Shift In The Approach Of Knowledge 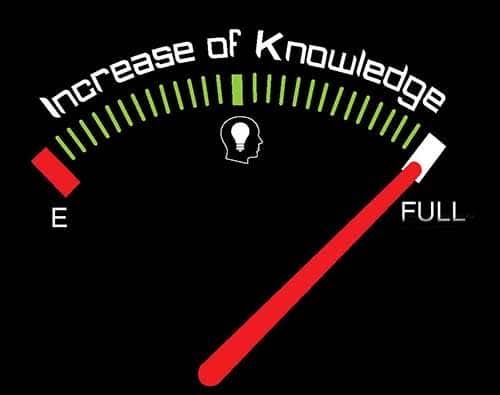 "But you, Daniel, keep this prophecy a secret; seal up the book until the time of the end, when many will rush here and there, and knowledge will increase." (Dan 12:4).

Decades ago man saw the natural as something coordinated by the hand of God. Man was not looking to study the laws of nature, we just attribute everything that happens to God. This continued until the wide spread acceptance of Aristotle teaching that knowledge should be gotten through close observation of nature. This was opposed to Plato teaching that knowledge is gotten merely by contemplation.

Before, it was Plato method that was predominant. People just contemplate and come up with whatever idea to explain natural phenomenon. But then Aristotle was saying, you can't just come up with an explanation independent of the object itself, you have to observe object very closely and let the result of your observation lead to the conclusion. The shift from predominantly Plato's approach to predominantly Aristotle's approach is what resulted to the increase of knowledge today.

Science today involve careful observation and experimentation in order to come to a conclusion, rather than just concluding with whatever explanation you can come up with in your head, or just attributing everything to God. Yes, we know it is God doing it, but he has set laws in nature, and to truly understand nature we must know and understand these laws, and we should be able to explain the process.

In Christ is a new reality, a new creation. And just as we did in the natural (attributing everything to God or just coming up with whatever explanation we could think of), we have been doing the same concerning this new creation. We have not been paying close attention and observing this spiritual land, as such we don't know the process by which things happen in this land.

When you get healed, you say it's God, and when you didn't get healed despite all your prayers, you will say it is God that has refused to heal you. No, there are laws in the new creation. If you understand those laws pertaining to healing, and then you align yourself properly in accordance, then you will surely receive the healing. In the new creation lies all the healing that God needs to give you. You don't have to be begging God to give you another healing, just apply the laws.

This is what the scientist in the natural has been doing, and it has proven to be very efficient. The power that nature have is nowhere in comparison to the greatness of the power that is in the new creation. If only we could observe the new creation more closely (study Christ) then we would grow in knowledge and obtain proficiency. Yes, we would have consistent result in healing and in diverse other riches of the land.

Right now God is doing just that, He is getting us focused on the land ( Christ) and emphasizing that we study and understand how things work in the land (in Christ). The opening scripture says first is the natural then follows the spiritual. We are seeing knowledge increase drastically in the natural, and soon we would see such a great explosion of knowledge of the new creation. When this happens the body of Christ would become more glorious.