What Do I Mean by "Ecclesia"? 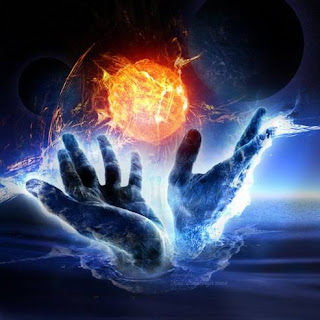 In other posts I have explained what the word "ecclesia" means generally. But here I wish to explain what I mean when I use the word "ecclesia". Firstly, it is an English word, not a Greek word (the Greek word is spelt "ekklesia", there is a difference). Although it ought to be the real word used instead of "Church", but language is based on culture and culture is determined by the people. The body of Christ is supposed to be called Ecclesia not Church, but since the English language has evolved to where the word "Church" has taken a whole new meaning and replaced the word "Ecclesia", we would leave it as that.

Culture is constantly changing, and right now, among the people who speak English, the body of Christ is known as Church. It might change back to Ecclesia later in the future, and we do hope so. But right now, in order to be understood among the English speaking people we must use the word Church when referring to the body of Christ. However, we can interchange it with Ecclesia in order to aid the transition back to the way it ought to be.

While that is that, I would assert that the present practice of the Christian meeting is best described as church rather than ecclesia. Ecclesia is a congress, it is more like a community or family meeting. While church is a building where religious rituals takes place. And looking at the origin of the word "Church", it is actually referring to a house of religious worship. So yes, what is practice today is best called church. However, the general body of Christ is ought to be called "Ecclesia", as it is not a house of worship but a community of all those who believe in Christ.

So what is practice today in Christian gathering is best called church. When I use the word "ecclesia" (with the first letter put in the lower case) I am referring to a different practice. A different kind of way of gathering and meeting as a Christian. In this new way of Christian fellowship their is intimacy among members as it is done in a casual setting. There is mutual edification, and there is no such thing as a single Pastoral head governing the meeting. The only head, and the one governing the meeting is Christ who is the head of the body.

Casual setting as opposed to an organized setting with all its formal structures. Yes, the meeting is done at the homes of the members, a place where the members are familiar with and feel at home. Here they feel comfortable to be themselves, this is important because without it real intimacy cannot take place. Now, this group involves a few members where everyone knows each other, everyone gets intimate with each other. They are growing in love and cementing together as a family and one body.

A very important thing that I must state is that the members are not mere humans. They are new creation—functioning as new creation. The meeting is not a place where flesh or the old man is displayed. No, it is a place where the new man is alive in all of his fullness and glory. It is a place filled with a purity and love that is beyond this world. It is filled with the supernatural in all its forms as this meeting is an expression of heaven on earth. Here believers are breed to be spiritual giants so that they can go forth and crush the power of death and darkness, filling everywhere they step on with light.

This ecclesia is a mighty force on earth, transforming the environment wherever it is planted. Imagine a group of people filled with the manifestation of the fullness of God, conquering hearts for the Kingdom, and filling the land with the atmosphere and reality of heaven. Yes, they are bringing heaven on earth, fulfilling "thy Kingdom come" (Luke 11:2). Through these ones that prayer finds the manifestation of it answer as God's will is being done on earth by the ecclesia.

In every environment where it is planted, this ecclesia becomes a ladder where angels are descending and ascending. In fact, all of heaven is descending and ascending on the ecclesia. This is very possible when each of the members are trained to become spiritual giants. This is the reason I set up the course "Oneness With God". Through this course mature believers who can move in the fullness of God would be breed, and when they gather together to become an ecclesia then tremendous power would be unleashed. Just as the scripture says, "one chase a thousand, And two put ten thousand to flight," (Deu 32:30).

When these mature believers are gathered together as an ecclesia group then there is bound to be demonstrations of great power and the breaking forth of heaven on earth. This is the kind of ecclesia I am planting, one that would be a mighty force on earth. It is very possible, the move has already began and we are seeing great progress. This is the kind of ecclesia we need in a world with growing thick darkness. Oh, if only we can have this. I can't wait to see it fully established, I have spent all my life preparing for it, learning how to make it happen, abiding at the feet of the Lord and being taught by him until he said, "Go it is time, I have prepared you for it".

Yes, finally! We have started making it happen. Please join us and contribute to fulfill this desire of the Lord. You can follow the link below to learn more about my ministry.
Introduction To My Ministries