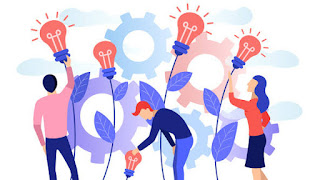 There is a way one would learn something unintentionally. He just picks up knowledge as he goes through life. Maybe something he hears as he walks on the streets, or something he picked up while reading a newspaper, or it could even be in a conversation with others. There was this Indian movie about a boy seated on the hot seat of the Indian version of "Who Want To Be A Million". This boy was uneducated yet he answered all the questions.

They were shocked as to how an uneducated boy could answer correctly, questions that even well educated people struggles to answer. It so happens that all the questions given to the boy are questions that he had picked up the answers at different times in the past. He wasn't intentionally studying these things, but as he was busy trying to survive as a child he picked up things along the way, and somehow these knowledge stucked with him.

Yes, there is unintentional learning, but what is done in formal school is an intentional study and learning. You are not just passing through life, hoping that some knowledge would rub off on you. No, you are purposely and intentionally studying and learning. This education system is one of the major reasons knowledge is able to increase drastically in the natural.

Their eyes is so fixed on this biology book that as they go about their lives on the earth whenever they discover something about the earth they turn a blind eye to it, telling themselves that they cannot know anything except what is in their biology book. They do not even trust their God given senses to perceive, observe and study the world they live in. That is the picture of Christianity today. God has given us spiritual senses to study the spiritual reality where we now live in Christ. But rather developing this senses and intentionally studying the new creation we refuse to trust God's ability to guide us from error and we refuse to trust our God given spiritual senses.

In the illustration I gave about the natural world. It is important that at the early stage of one's life, it is important that he studies biology books. But he must also be taught to observe natural things, carry out experiment and reach an empirical conclusion. They simply cannot depend wholly on the knowledge passed to them by their fathers through the biology books. Knowledge can never grow that way. Their fathers learn to observe and study the natural world, and that was why they were able to write this biology book.

If their fathers refuse to trust the Spirit ability to guide them into all truths, and their spiritual sense to perceive and observe spiritual things then they would surely not have written those books, and this generation would be totally void of spiritual knowledge. Our growth of spiritual knowledge have become stagnant because we are too scared (we lack trust in God) to go get any more knowledge other than that which has been passed down to us by our fathers. In fact, we have created a theology that the Bible already has all the knowledge. As if all the knowledge of the unsearchable riches of Christ can be contained in a single book—it's just absurd.

Yes, it is important that we study what has been passed down to us. But we are also to build on it. No not to attack it or to contradict it, but to build on it. The Truth is one person (Christ) one body. Yes it may have different member but it does not contradict itself, rather it compliment itself. One member may look different from the other, but they all compliment each other. And it takes someone who knows the anatomy of truth to discern how they compliment each other.

At one time in the history of health science, it was an abomination to open up a dead body and study it, especially in the Arab nations. As a result it was difficult to understand the human anatomy. This was so much of a disadvantage to the health workers, they were greatly limited because of the lack of knowledge. Some people had to take the risk, move beyond the present tradition, to study the human anatomy and till today the knowledge gotten has been very helpful.

We need to take that risk today. We need to go really deep to grasp the anatomy of the Truth, then we would develop the ability to discern Truth and we would be able to see how our many factions are actually complimenting each other, and they are truly one rather than being a cause of division. Until we discover this we would remain divided and we would never, "come in the unity of the faith, and of the knowledge of the Son of God, unto a perfect man, unto the measure of the stature of the fulness of Christ:" (Eph 4:13).