Authority In The Truth 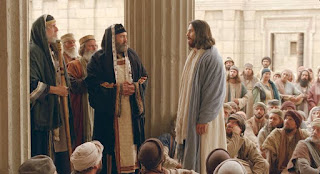 To the Pharisee, to the religious man, spiritual truth is man’s perceived interpretation of the scripture. They are not sure if they are correct or wrong, they speak with uncertainty, they merely suggesting rather than affirming truth. They are always arguing scripture, speculating and changing in opinion, everything is so unclear to them. This is because the carnal man cannot grasp spiritual things; it is so confusing to him.

“And we impart this in words not taught by human wisdom but taught by the Spirit, interpreting spiritual truths to those who are spiritual. The natural person does not accept the things of the Spirit of God, for they are folly to him, and he is not able to understand them because they are spiritually discerned.” (1Cor 2:13-14).

When the carnal man sees spiritual truth he does not understand it, he begins to speculate, he is not able to recognize and discern that this is truth. But the spiritual man has an ability to discern spiritual truth, immediately he sees it he knows by a spiritual ability that this is truth, and then he becomes established in it and grow into an authority, so that when he speaks he does not speak like one who is uncertain, he speaks with authority.

When you lack that ability to discern spiritual truth, you are never sure of yourself, you cannot speak with authority. But here is Jesus teaching with authority, and he says the things that he did, we would do greater. We can know the truth for certain; we don’t have to continue moving from one man’s interpretation to another. Another thing I would like to add is that as the body of Christ with different part, God distribute things among us, He gives each member a part so that when we all come together we can have the whole, a fuller picture.

When it comes to gifts of the Spirit we see how the Holy Spirit distributes the gifts among the members of the body, making them interdependent. In ministry we also see how ministerial offices are distributed among the body so that we can all work together and help each other grow. We would also find the same pattern when it comes to spiritual truths. The knowledge of God is beyond what a single brain can grasp, so it is distributed among the body, and then we can come together with all saints to comprehend the height, breadth, length and depth of the knowledge of God.

“May be able to comprehend with all saints what is the breadth, and length, and depth, and height; And to know the love of Christ, which passeth knowledge, that ye might be filled with all the fullness of God.” (Eph 3:18-19).

God establishes you in a truth and gives you authority in that jurisdiction, so that when you are speaking in that area you speak with authority, it is a truth taught to you by God Himself, you didn’t came up with it. Many of what is taught out there is man’s opinion, and this was how the Pharisee taught during the time of Jesus. But Jesus came teaching with so much authority because he is not voicing out man’s opinion, he is declaring the very thing taught to him by God Himself in the secret place.

“I want you to know, brothers and sisters, that the gospel I preached is not of human origin. I did not receive it from any man, nor was I taught it; rather, I received it by revelation from Jesus Christ… But when God, who set me apart from my mother’s womb and called me by his grace, was pleased to reveal his Son in me so that I might preach him among the Gentiles,” (Gal 1:11-12,15-16).

It wasn’t taught to him by any man, but God Himself, and as a result he is able to speak with so much authority, saying words like, “If one of us—even if an angel from heaven!—were to preach something contrary to what we preached originally, let him be cursed. I said it once; I’ll say it again: If anyone, regardless of reputation or credentials, preaches something other than what you received originally, let him be cursed.” (Gal 1:8-9). A carnal religious man cannot speak with such authority; he sees truth as something we deliberate over, something that we can never be certain of.

To the carnal man we just have to keep trying and trying hoping that we would get it eventually. But we are not called to be carnal men, we are called to be sons, to develop that spiritual ability to discern truth, to walk close with the Father and be taught by Him. We are called to handle truth with authority, not speculations.

If you love this post then get my book, Quest For The Truth 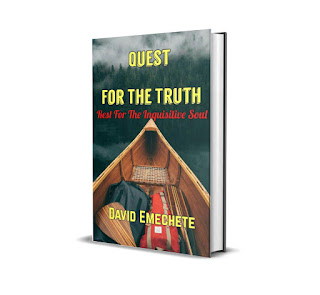 Click here to learn more about the book
Posted by David Emechete at 00:08