Ecclesia; The Issue With Carnality 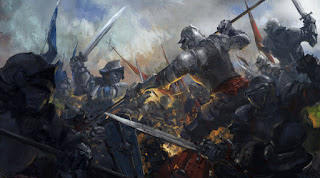 "and be renewed in the spirit of your mind, and that you put on the new man which was created according to God, in true righteousness and holiness." (Eph 4:23-24).

“When the Lord your God brings you into the land you are about to enter and occupy, he will clear away many nations ahead of you: the Hittites, Girgashites, Amorites, Canaanites, Perizzites, Hivites, and Jebusites. These seven nations are greater and more numerous than you. When the Lord your God hands these nations over to you and you conquer them, you must completely destroy them. Make no treaties with them and show them no mercy. You must not intermarry with them. Do not let your daughters and sons marry their sons and daughters, for they will lead your children away from me to worship other gods. Then the anger of the Lord will burn against you, and he will quickly destroy you. This is what you must do. You must break down their pagan altars and shatter their sacred pillars. Cut down their Asherah poles and burn their idols. For you are a holy people, who belong to the Lord your God. Of all the people on earth, the Lord your God has chosen you to be his own special treasure." (Deu 7:1-6).

The same way God asked them to exterminate the the former occupant of Canaan land, He has given us the task of exterminating the carnal man in us. The carnal man is the one that is prone to sin and setting idols. The carnal man is so quick to idolizing anything. He will idolize the man of God, the place of worship, and even the Bible. We cannot allow this man in our midst, for he is prone to everything carnal; hatred, envy, jealousy, anger, strife, and so on. The carnal man makes ecclesia life unbearable. It's not easy trying to bond with someone that is easily irritated, can't tolerate anything, easily gets angry and provoke, cunning, lies all the time, deceptive and so on.

Many genuine fellowship have been recked by the presence of the carnal man. Some group feels they can try to manage the carnal man and hope that he will die someday. But here is what God has to say about that, "you must completely destroy them. Make no treaties with them and show them no mercy." (Deu 7:2). God is saying make no accommodation for the carnal man. Our job is not to manage him, hoping that he will die one day. We are to show no mercy. This is a deliberate attack, we are not meant to be passive towards the carnal man, we are to unleash a fierce attack against him because this is war.

Now the problem is how can we unleash a fierce attack against the carnal man and yet win the believer? This is where wisdom and technicality is needed. Many Christians tend to protect their carnal man. They try to cover up their carnal man, dress him up, make him look nice and innocent. We heavily disguised our carnal man so that nobody will notice him or even point him out. One can still manage to hide the carnal man in a church system, but in ecclesia you can't hide the him for long, he will surely surface. And when he is pointed out we have the tendency to take up a defensive position.

We don't like it when our carnal man is confronted, some of us would even turn very vicious. Some brethren may leave the fellowship just because their carnal man was pointed out. So how can we attack and exterminate the carnal man while winning the believer? There is a way you can fiercely attack something without confrontation. If you have rats or mice in your home, and each time you confront them they run somewhere to hide, making it difficult to kill them. You can still exterminate them by fumigating the house.

When you use fumigation the vermin will suffocate and die wherever they are. There is a kind of atmosphere that can be created in the ecclesia that would suffocate the carnal man and cause him to die slow but steadily. You will just find the carnal man slowly dying even without outright confrontation. This atmosphere is created by the structural design of an ecclesia — a structure that only a specialist can set up. And God is training such specialists in our days.