The In-Christ Reality; The Laws 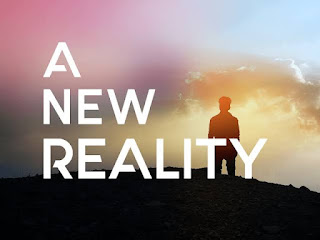 The in-Christ reality is a distinct realm, a whole new world. It is like stepping into planet Mars for example, yes stepping into another planet. Here the laws of nature are different from that of planet earth, or rather the natural world. These laws are reliable and consistent, and if we can discover and understand them then we will be able to make our living here in this land much easier. Life on earth has become easier since we took science seriously. We need to take the discovery of the spiritual laws of Christ more seriously.

With the little laws I know, I have done really amazing things—things I never thought I will be able to do. As Christians our pursuit of spiritual knowledge have been based on developing doctrine. Look at all the doctrines we have today, it has only made us more divided and powerless. If only we have focused our energy on studying the reality in Christ and discovering the laws of this land, then we would be able to do amazing things just like science. At one time science was also held down by doctrine. The Bible was the only knowledge that was allowed, nobody was allowed to know or discover anything outside of the Bible.

When Galileo discovered that the earth rotate around the sun and not the sun rotating around the earth, he was arrested. According to the authority he was blaspheming. However, the idea that the sun rotate around the earth was a misinterpretation of the Bible. Yes, many of our dogmatic doctrines today are misinterpretation of the Bible, but we used these false knowledge to tie ourselves down, stopping us from growing into the riches of Christ.

Thank God science broke free, but the enmity that developed in the struggle to break free is the very cause for the spirit of rebellion against God dominating the scientific world today. The Church was so hostile to them, as such they developed hatred for the Church and then they passed down that spirit of hatred to their children. If only the Church had allowed science to strive, if only we nurture it and own it, the scientific world would not be a breeding ground for atheists, as it is today.

"But you, Daniel, keep this prophecy a secret; seal up the book until the time of the end, when many will rush here and there, and knowledge will increase." (Dan 12:4).

The same way science broke free from the power of dogmas, we would also break free to study our spiritual land—Christ. First comes the natural liberation and radical growth in knowledge, then what will follow is a spiritual liberation and quantum growth in the spiritual knowledge of Christ. But ours will not be in rebellion, but in the spirit of love and grace. So I will be sharing a series of posts about the spiritual laws in Christ that I have discovered in my exploration of this land. You should test these laws, try them, prove them, and even falsify them. That is how we grow in knowledge, we can't just accept things like dummies and zombies. We should be empirical and practical.
Posted by David Emechete at 03:50